Renowned publisher Publications International, Ltd. launches “iCookbook™,” the very first cookbook for the iPad® that can run via Voice Command. 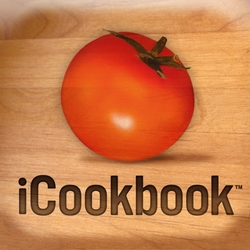 Our team of food experts worked very hard to create an app that is both inspirational and functional. Every recipe includes beautiful end dish photography and our unique Prepare and Voice Command functions make preparing recipes more convenient and fun.

Publications International is pleased to announce the release of “iCookbook™,” its first digital cookbook for the iPad®. Beautifully designed to be the premiere cooking application for everyday cooks, iCookbook™ is the first in its class to implement hands-free Voice Command, allowing its users to speak simple instructions, which allows for hands-free use of the iPad® while they whip up one of the thousands of home-style recipes available on the app.

A companion as essential in the kitchen as an oven or stove, iCookbook™ is laden with user-friendly features that streamline the entire cooking process. iCookbook™ starts out with more than 2,000 recipes. Each month, users can download more free recipes, as well as premium content that can be purchased in an in-app store. Many of these recipes are from brand-name favorites like Campbell’s®, Crock-Pot® slow cooker, and Hershey’s®—all of which can be easily searched by name, ingredient, type of food, and even occasion (such as “Halloween” or “Spring”). Seasoned cooks can even add their own recipes into iCookbook™, ensuring they never lose Grandma’s Super Secret Triple-Choco Chip Cookie recipe.

As consumers select their favorite foods, they can add them to the “Meal Builder” section and even create a detailed shopping list to capture missing ingredients. They can also scale a given recipe to suit feeding a romantic dinner for two or group of friends. Because virtually all cooks make some changes to a recipe, cooks can add their own personal notes as well as check out handy ingredient substitutions.

Once the users actually get cooking, iCookbook™ acts as the perfect sous-chef. Using Voice Command, home cooks can keep their iPad®’s surface clean by clearly saying simple commands such as “Next” (which skips to the next steps of a recipe), “Timer One” (which displays the first of the app’s three timers), and more.

“Our team of food experts worked very hard to create an app that is both inspirational and functional. Every recipe includes beautiful end dish photography and our unique Prepare and Voice Command functions make preparing the recipe more convenient and more fun,” said Jerry Croft, President of the Cooking Division for Publications International.

With iCookbook™, everyday cooks can find and use tried-and-true recipes that they can prepare with confidence.

Pricing and Availability
iCookbook™ is $4.99 for the iPad® and available worldwide exclusively on the iTunes App Store in the Lifestyle section.

Search for recipes by name, ingredient, type of food, occasion, and more.

Add your own notes to your favorite recipes.

Make shopping lists or find ingredient substitutions all from within the app.

iCookbook™ includes free monthly recipes, as well as premium content, all downloadable from within the app.