Sparked by the online impersonation on Facebook of Google CEO Eric Schmidt, California’s SB 1411 criminalizes the act of impersonating another online with intent to inflict hard on another person. Pandora Corp. co-founder Manuel Coats discusses last year’s rise in cyberbullying, the changing state laws, and how PC Pandora monitoring software can help parents fight the battle at home. 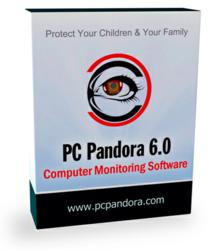 As we begin the second decade of the 21st century, parents, schools and state governments are anguishing over how to deal with one of our youth’s most serious problems: cyberbullying.

According to a report on http://www.cyberbullying.us, 44 of our nation’s 50 states have anti-bullying laws on the books; 32 of them include provisions to address “Cyberbullying” or ‘electronic harassment.’

One of the newest laws to tackle the issue is California’s SB 1411, which makes a punishable offense out of “knowingly, and without consent, credibly impersonat[ing] another actual person through or on an Internet Web site or by other electronic means for purposes of harming, intimidating, threatening, or defrauding another person.” The offender could face a $1000 fine or up to a year in jail.

The bill is an important step, as instances of cyberbullying sometimes include teenagers assuming the role of their victims with the intention of offending and/or hurting others.

“In 2010, we saw an exponential rise in the number of cyberbullying incidents and related suicides,” says Pandora Corp. co-founder Manuel Coats. “2011 needs to be the year we take steps to end it.”

Experts agree cyberbullying has reached epidemic proportions, and that it is time for governments, schools and parents to focus on solutions to end it. Coats points out that the success of halting this global problem hinges almost entirely on the parents; the problem is here to stay until parents of the bullies take action.

“Cyberbullying thrives on anonymity,” explains Coats. “Not only are the bullies anonymous online, but they are working in secret in their own homes. Cyberbullying won’t stop until the parents of the bullies know what their children are doing online, and care enough to step in and stop it. And now we are seeing legal repercussions if they don’t.”

Pandora Corp. makes PC Pandora computer monitoring software. Like the DVR for your TV, PC Pandora records everything and anything on your PC, allowing parents to see everything their child is doing both off and online. Parents can see screenshots of all activity, plus text-based logs of all emails sent and received, instant messenger conversations, social network chats and posts, websites visited and much more. Whatever a child does on the computer, good or bad, PC Pandora will show their parents everything.

PC Pandora can help end the cyberbullying epidemic. Because the program lets parents see exactly what their kids are doing online, parents will know how they are interacting with others. If a child is being bullied, the parents will have records and information they can use to help put an end to the situation before it gets worse. But Coats notes it will also work on the flip-side, when a parent has a bully in their house.

“In some situations, PC Pandora will reveal that a child is the aggressor or a participant in the bullying of others,” explains Coats. “If that is the case, parents will have the information needed to sit down and talk to their child. They can put an end to the behavior before schools or law enforcement get involved.”

As a result of states strengthening their laws to protect cyberbullying victims, several cases have arisen in which teens are arrested and charged with cyberbullying. In 2010, three teenage girls were charged with cyberbullying that resulted in the suicide of Phoebe Prince in Massachusetts. Last November, six teenage boys were arrested and are being charged with bullying a fellow student in Texas- though fortunately, no deaths resulted. And to cap off the year, two female middle school students in Illinois were charged with harassment after they allegedly set up a Facebook page to slander and harass a classmate. They will soon face a Peer Jury.

Coats says the laws and culture are changing, and bullies should know, “it won’t be tolerated. You will be found and you will be held accountable.”

And the message to parents?

“Make sure your child is not a bully. Now more so than ever, parents absolutely must be aware of what their child is doing online and what is happening in their digital lives,” he says. “Just as much as parents should be concerned when their child is a victim, they should take steps to make certain their child is not an aggressor in any way. Schools and law enforcement are pushing no tolerance policies that can make something your child thinks is ‘just a joke’ into an incident that can remain with a child for years. No one needs that – just like no one needs bullying.”

It is essential for all parents to monitor their children’s activity and behavior on the Internet just as they would in real life. Fortunately, tools like PC Pandora make it easy. For more information and a free trial of PC Pandora, visit http://pcpandora.com.

About PC Pandora: Pandora Corporation was formed with one goal – to help our customers monitor, control and protect their families and themselves online. First released in mid 2005, PC Pandora has been constantly upgraded to industry-leading specifications and has received accolades from users, reviewers and even school districts and law enforcement agencies, who use the program to help in the day-to-day supervision of the children and citizens they are charged with protecting. The company website devotes space to helping parents by providing them with 18 Tips to Safe Surfing and Pandora’s Blog, where current news in the world of online safety is discussed regularly. In addition, the Pandora Corp. has made the PD Pandora Internet Safety Symposium available to schools and law enforcement as a free resource for spreading internet safety awareness to parents. Over the past few years, PC Pandora has vaulted into a leadership position for parental control software by boasting a combination of features that are unparalleled in the monitoring industry. In 2010, Version 6.0 was released, again widening the spectrum of coverage and protection offered by the program. Concurrently released with 6.0, the web-based PC Pandora LIVE! service affords parents the ability to keep their kids safe from anywhere at anytime. PC Pandora is also now available through the Pandora Corp. store at Amazon.com.

Reporters and Producers: Looking to cover this topic? We are your technology solution component. Software is available to journalists for review and testing. Staff members are available for interviews. Let us help you show your audience how easy it can be to keep their kids safe.