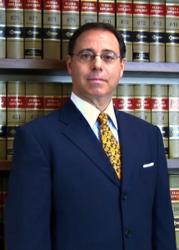 New York Accident Attorney JC Reiter knows that New York State has very specific laws pertaining to the use of cellular phones when behind the wheel of a motor vehicle.

"Being ignorant of the law does not make one innocent," says New York City injury lawyer Jonathan C. Reiter. New York State has very specific laws pertaining to the use of cellular phones when behind the wheel of a motor vehicle. Pursuant to the Vehicle and Traffic Law Section 1225c, better known as New York State’s Cellular Phone Law, the use of a hand-held cellular telephones for either texting or talking while driving is forbidden.

The exception to the law, says New York injury lawyer J. C. Reiter, is that a hands-free cell phone, such as a Bluetooth earpiece or Bluetooth enabled vehicle, can still be used while driving. This is due to the fact that this technology allows the user to make a call while still driving with both hands on the wheel. A second exception to the New York State Cellular Phone Law pertains to the use of a cell phone during an emergency adds the New York City injury lawyer. This permits a driver to use their phone to call the police, fire department, hospital or ambulance without breaking the law.

According to J. C. Reiter, a leading New York attorney, the penalty for violating this law that bans all drivers from using portable electronic devices such as cell phones or smart phones to send text messages or e-mails while driving is a ticket for a traffic violation that can carry a fine of up to $150. This law considers a portable electric device to be any hand-held mobile telephone, personal digital assistant (PDA), handheld gadget, mobile data access, pager, electronic game or portable computing device. The portable electronic device is considered to be “used” when viewing, capturing or transmitting images, playing games, or composing, sending, reading, accessing, browsing, transmitting, saving or retrieving e-mail, text messages, or any other electronic data is taking place.

Similar laws prohibiting the use of cell phones while driving are currently active in eight other states including California, Connecticut, Delaware, Maryland, New Jersey, Oregon, Utah and Washington, according to the New York City injury lawyer. After the New York State Cellular Phone Law was implemented, a study by the insurance industry indicated that phone use while driving had decreased by about fifty percent.

New York City residents who have been involved in an auto accident caused by another driver’s illegal use of a cell phone should contact the New York injury lawyers at the Law Firm of J. C. Reiter for a complimentary case evaluation by calling 888-464-1952 or visiting http://www.jcreiterlaw.com.