Economic Insecurity and Stress in a Capitalist Society Contribute to Epidemic Obesity Problems, According to New Study 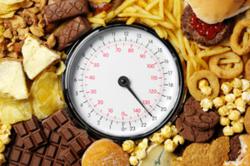 Easy access to high-sugar and high-fat foods when stressed is linked to growth in obesity.

It is going to take a serious reassessment of social organization in order to fix this situation.

There are currently more overweight than underweight adults worldwide for the first time in history, and new research by Jon D. Wisman and Kevin W. Capehart at American University in Washington, D.C., suggests the obesity epidemic is substantially due to growing insecurity, stress, and a sense of powerlessness in societies where high-sugar and high-fat foods are increasingly omnipresent.

After exploring the evidence of a link between stress and obesity, Wisman and Capehart suggest the obesity epidemic is symptomatic of a social mistake—the continual pursuit of maximum economic growth in rich countries where the problem of material scarcity has been essentially solved.

“When I began to look into the issue of obesity, I realized that the most overweight are the least privileged members of society. And amongst those, it tended to be minorities. And amongst minorities it tended to be women. It was those people who possessed the least control over their lives, and thus suffer the greatest insecurity and stress” said Wisman.

Most previous attempts at explaining the obesity epidemic fit under what is referred to in obesity research as the “Big Two”:

-- On the calorie intake side, economic progress and technological dynamism have increased incomes and lowered the price of food, prompting greater consumption.

--On the calorie expenditure side, economic progress and technological dynamism have reduced energy expenditure doing physical labor, while also decreasing the need to expend calories to move about (automobiles, remote controls, etc.).

However, Wisman and Capehart find that while these theories can explain some of the increased obesity, they are not adequately supported by the evidence so as to adequately explain how it is that the percentage of Americans who are obese has doubled since 1980—a time period in modern society where uncertain economic factors, social issues, increasing health care costs, and high unemployment has led to increased insecurity and stress.

Stress increases the body’s production of cortisol, which augments the body’s appetite for high fat and high sugar foods. Consequently, in an environment of inexpensive and readily available high-sugar, high-fat, prepared foods, an increase in insecurity and stress can be predicted to increase weight gain and obesity in the population.

In support of this explanation, the authors point to the fact that obesity did not increase between 1960–1980. What is striking about this period is that unemployment was relatively low and a great number of social programs were put in place that significantly reduced insecurity and stress (ie., Medicare, Medicaid, broad welfare programs, and labor protections).

According to Wisman, "The epidemic really began around 1980 when the safety nets began to fall apart. And it is going to take a serious reassessment of social organization in order to fix this situation."

America is not the only country suffering from the obesity epidemic. Former Soviet countries are suffering due to increasing insecurities after the fall of Communism and more recently obesity has been recognized as a public health concern in developing countries as these societies become more modern.

Located in Washington D.C., American University is a leader in global education, enrolling a diverse student body from throughout the United States and more than 140 countries and providing opportunities for academic excellence, public service, and internships in the nation’s capital and around the world.