Trupanion Announces the Most Expensive Claims of 2010

Pet insurance company Trupanion reviews its database and releases the pet health concerns that ranked most expensive to treat. 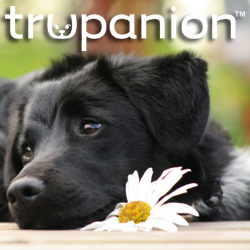 Four of the five most expensive claims came from dogs under a year old.

Trupanion, the nation’s fastest growing pet health insurance company, today released a list of the most expensive claims received in 2010. These claims reflect the total amount submitted by Trupanion policyholders.

Interestingly, four of the five top claims were for puppies aged one year or under, discrediting the common belief that pets do not start developing major health issues until old age. The remaining claim, and also the most expensive claim, was for a 4-year-old cat, also debunking the myth that cats are not as susceptible to health concerns as dogs.

The most expensive claims in 2010, according to Trupanion, are the following:

1.    Renal Failure – The most expensive claim seen by Trupanion in 2010 was for a 4-year-old mixed breed cat with renal failure, which required a two-week stay at a specialty hospital. This condition is the sudden loss of kidney function. As the kidneys fail to remove waste from the body, the body starts to deteriorate and this can be life-threatening. The total claim amount was $22,222.22. The cat has since recovered and appears to be doing well.

2.    Uroabdomen – The second most expensive claim was for a mixed breed dog under a year old with urine in the abdomen – called uroabdomen. This condition lead to severe sepsis (bacteria in the bloodstream) and peritonitis (inflammation of the tissue that lines the wall of the abdomen). The dog spent a week and a half at a specialist for observation and treatment. The claim totaled $16,389.32. The dog has since recovered and is doing well.

3.    Liver Disease – Liver disease ranked third in most expensive claims, and was submitted on behalf of a Labradoodle that was under a year old and had only been insured a couple months. With this condition, the liver loses its function of detoxifying the blood, removing waste, and producing bile. The total amount claimed equaled $14,692.23. The dog is now at home in recovery.

4.    Intervertebral Disc Disease – The forth most expensive claim was for a one-year-old Shar Pei with intervertebral disc disease, which is damage to the cartilaginous disks of the back that support the vertebra. This condition required surgery. The total claim amount was $11,100.38. The dog recovered well post-surgery and is now at home with his owners.

5.    Encephalitis – This condition ranked fifth most expensive, and was for an Olde English Bulldog under a year old. Encephalitis is the inflammation of the brain, usually due to infections, that causes seizures, incoordination, stumbling, and confusion. The claim amount equaled $10,550.17. The dog is now at home, but requires ongoing care. Trupanion continues to receive and pay claims related to the condition.

All claims above reflect conditions that any pet is susceptible to developing. Trupanion covers 90% of all diagnostic testing, treatments, and medications associated with these conditions.