Clearwater ranks #167 and is the only Idaho company named. 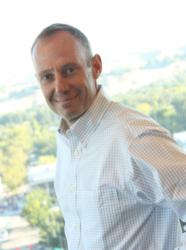 As Clearwater rolls out new developments in 2012, we anticipate seeing ourselves among the elite tech companies well into the future.

Founded in 2004, Clearwater has experienced explosive growth and currently reports on over $650 billion in assets. “The last twelve months have seen significant advances at Clearwater. As a result we are well positioned to increase our market share in investment accounting, reporting and analytics among institutional investors. Being included in the Fast 500 demonstrates that we’ve created technology that solves unique problems for investors. As Clearwater rolls out new developments in 2012, we anticipate seeing ourselves among the elite tech companies well into the future,” said Courty Gates, CEO of Clearwater Analytics. “We’re honored to be among the fastest growing technology companies in North America and greatly appreciate Deloitte including us on this list .”

About Deloitte’s 2011 Technology Fast 500™
Technology Fast 500, which was conducted by Deloitte & Touche LLP, a subsidiary of Deloitte LLP, provides a ranking of the fastest growing technology, media, telecommunications, life sciences and clean technology companies – both public and private – in North America. Technology Fast 500 award winners are selected based on percentage fiscal year revenue growth from 2006 to 2010.