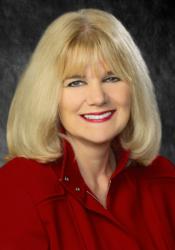 “Ginny has over 20 years experience in the title insurance industry in underwriting as well as escrow and title. Our independent Agent network will certainly benefit from this addition to our team."

North American Title Insurance Company (NATIC), a leading national title insurance underwriter is pleased to announce the appointment of Ginny Abiassi as the new Texas Regional Counsel. As a key member of the NATIC team, she will be responsible for underwriting real estate transactions for NATIC’s independent agents in Texas and Alabama. Abiassi will also serve as the Texas Regional Counsel for North American Title Company (NATC), NATIC’s affiliated agencies. In that role, her responsibilities include establishing policy decisions, reviewing contracts and underwriting real estate transactions. She will dedicate her time equally between both roles. Abiassi brings a broad range of high-profile experience as a senior level underwriting counsel for two national underwriters where she was instrumental in the improvement and transformation of underwriting solutions.

“North American Title is very fortunate to have Ginny as our new Texas Region Counsel, “ stated Bill Moize, President of the Texas Region of North American Title Company. “Having known her for 25 years, I know she has a breadth of knowledge of the title business in not only underwriting but also escrow, title matters and claims.  She is the whole package.”

Prior to joining NATIC, Abiassi spent three years in the oil and gas business working on a variety of contractual matters as well as insurance coverage and land ownership issues. Prior to that position, Abiassi was with Stewart Title Guaranty Co. in Houston for 17 years in various leadership positions including Senior Vice President, Sr. Underwriting Counsel and Senior Vice President, Director of Marketing and Communications and Counsel. During this time she underwrote thousands of real estate transactions, was key in developing Stewart’s underwriting technology and knowledge depository system and was very active across the country in various continuing legal education (CLE) seminar programs. Abiassi began her underwriting career at Minnesota Title n/k/a Old Republic National Title as Associate Regional Counsel.

Abiassi holds a Juris Doctor degree from South Texas College of Law in Houston.
"North American Title Insurance Company is very proud to announce the addition of Ginny Abiassi to our growing team in Texas, “ said James Ganzer, State Agency Manager for North American Title Insurance Company, “Ginny has over 20 years experience in the title insurance industry in underwriting as well as escrow and title. She also has expertise in marketing, agent growth and presentations on a national level. Our independent Agent network will certainly benefit from this addition to our team.”

North American Title Insurance Company (NATIC) is a seasoned title insurance underwriter, helping customers achieve the American dream of home ownership for over 50 years. The company provides title services through its coast-to-coast operations in over 28 states. NATIC, through its affiliated agency NATC, and vast network of independent agents, conducts real estate settlement services throughout the country.  NATIC earned the reputation as the “underwriter next door,” because their associates are always easy to reach and their processes are, at all times, quick and straightforward. The NATIC agency application process is fast and transparent for qualified agents. NATIC has a one-hour underwriting response guarantee that is unparalleled in the industry.

NATIC is the largest capitalized company in Pier Group 2, which groups companies with capitalization between $25,000,000 and $100,000,000. NATIC is ranked 8th by The Performance of the Title Insurance Underwriters© in terms of cash or cash equivalents. North American Title Insurance Company maintains over $67,000,000.00 in cash or cash equivalents. This represents over 92% of the company’s assets and is characteristic of the most important attribute to Title Protection, namely, Financial Responsibility.

Demotech, Inc. awarded NATIC a rating of: A’ (A Prime) Unsurpassed. NATIC is headquartered in Miami, Florida. To learn more, visit http://www.natic.com