TradoLogic, the world's leading Binary Options platform provider has publicly revealed its trading tools, and has given a sneak preview of the tools that are still patent pending. TradoLogic's trading tools allow for a richer trading experience, adding variety and excitement to the Binary Option trading game that is taking the online world by storm. 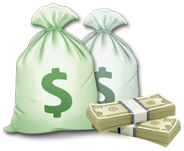 Binary Option trading has become very popular for many reasons, one of which is the simplicity and ease in which the trade is carried out. The TradoLogic team realized that they could revolutionize the trading experience by adding various trading tools that although simple, will enhance the overall experience.

The simple method of trading Binary Options, is where the trader must decide whether an Asset (such as Gold), will be above (Call) or below (Put) the current price (Strike price) by the end of a predetermined time (Expiry time). If the trader guesses correctly he receives a return on his investment (up to 191%) and if the trader is incorrect he loses his investment (the reward and risk are known in advance). The trader is also shown the Asset's behavior prior to the trade.

TradoLogic's existing trading tools, that are offered uniquely to their brands' end-users, include:

TradoLogic's trading tools that are currently patent pending include:

Binary Option trading is increasing in popularity and so TradoLogic is aware of the emerging competition trying to cater to the growing demand. The TradoLogic team is ensuring that they secure their place at the forefront by innovating and developing, as they continuously conjure new and exciting features for their brands' end users.