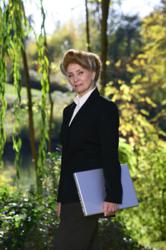 In much of the world, according to Sharon Kleyne and Jerry Wiles, lack of safe and abundant fresh water causes dry air and numerous dehydration diseases, including dry eye leading to blindness. Water issues may also be responsible for lack of economic development and education and lowered status of women.

The interview may be played in podcast on World Talk Radio, Voice America, Green Talk Network, Apple iTunes, and naturestears.com. and Amazon.com

This faith based, non-profit organization works closely with the energy industry, which frequently donates drilling equipment. An energy industry employee on Living Water's board developed a portable drilling rig for them that can be carried in a Jeep or canoe and runs on two gasoline engines. These are now in use all over the world.

Living Water works with the host nation (usually in Africa, Asia and South and Central America) and also assists in setting up local water committees (mostly women). Community wells may be located near a school or hospital and are maintained by the local committee, which also provides education on sanitation practices such as hand washing to prevent numerous dry eye diseases, including dry eye.

Jerry Wiles discussed bio-sand filters, developed by Living Water. It uses a barrel, gravity and layers of gravel, sand and charcoal to purify water. Water may be contaminated from human and animal waste, made worse by frequent drought. The result is dehydration disease, dry eye, cholera, diarrhea and malaria, leading to preventable blindness and deaths.

Water shortages in the United States

Sharon asked about charitable water wells in poor areas of the United States, noting that fresh water and agricultural water are becoming scarce. Jerry Wiles said that Living Water hasn't yet drilled in the US and observed that in the US, the push for indoor pluming and reliable municipal water began 150 years ago with huge benefits. India and China are attempting to achieve that. Both have plenty of water but far too many people and much of their water is polluted.

The average American uses 100 gallons of water a day. The average third world villager uses less than five gallons a day. In villages with no wells, women walk an average of 3.17 miles a day to obtain fresh water.

Sharon asked about water for animals, mentioning the Mara River in Kenya and the diminishing water supply for migrating animals. Jerry Wiles observed that drought in the third world can be catastrophic for everyone. Living Water wells are mostly used for human consumption but could be used for livestock.

Listen to the Sharon Kleyne Hour - Power of Water Mondays, 10 a.m., PST/PDT. The syndicated show is heard on Voice America/World Talk Radio, Green Talk Network and Apple iTunes. Go to http://www.SharonKleyneHour.com for summaries and replays. Also be sure to visit http://www.naturestears.com, http://whatistheeye.wordpress.com, "Nature's Tears EyeMist" on Facebook (lots of coupon offers) and "Bio-Logic Aqua" on Twitter.