Jacie Ragan is the winner of the eighth annual Margaret Reid Poetry Contest for Traditional Verse sponsored by Tom Howard Books. This contest currently awards $5,550 in prizes for the best original poems in traditional verse forms. Ragan won the top prize of $3,000 for her sonnet sequence about the myths of the ancient Incas. This poem was judged the best of hundreds of entries received from around the world. The top four winners and the Most Highly Commended entries are published at http://www.winningwriters.com/margaret 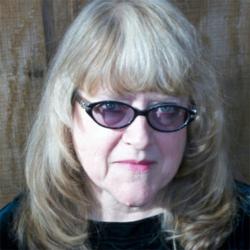 Jacie Ragan of Hannibal, Missouri is the winner of the eighth annual Margaret Reid Poetry Contest for Traditional Verse

Tom Howard Books is pleased to announce the results from its eighth annual Margaret Reid Poetry Contest for Traditional Verse. Jacie Ragan of Hannibal, Missouri won first prize and $3,000 for her poem "In the Shadow of the Condor". Hundreds of entries were received from around the world.

The judges said, "'In the Shadow of the Condor' is one of the finest poems submitted to this contest. It has all seven of the qualities we look for in a winning entry: (1) An intriguing title that immediately captures the reader's interest and attention; (2) A provocative heading or sub-title; (3) An arresting first line; (4) A perfect blending of theme, style and genre. In this case, rhyming poetry suits the theme so assuredly that the poem would lose at least some of its impact if every line was not a perfect rhyme in which there was no trace of strain or even of so-called 'poetic license'; (5) A theme of substance and weight; (6) A sustained length, in which the poet's thoughts are fully expressed, yet not overdone to the point of tiring the reader, or causing his or her attention to wander; (7) The poem comes to a fittingly definitive conclusion in which the powerful theme is neatly summed up yet leaves the reader with at least one or two intriguing afterthoughts."

Shirley Valencia of Dayton, Ohio won third prize and $400 for "An Overcast Morning on Mulberry Street". As the speaker of this narrative poem watches her neighbors go about their daily errands, she muses about the joys and tragedies that lie behind every home's placid façade.

Helen Bar-Lev of Metulla, Israel, won fourth prize and $250 for "The Path to a Village", in which hikers admiring the untouched beauty of a tree-lined path come upon sad evidence of why this landscape is uninhabited.

The top four winners and the Most Highly Commended entries are published online at WinningWriters.com.

About Tom Howard Books and the Contest Judges

The Margaret Reid Poetry Contest for Traditional Verse accepts original poems of any length. Both published and unpublished works are accepted. Traditional verse is broadly defined as any poem that employs regular meter and/or rhyme, or is written in a recognized poetic form. This includes traditional Western forms such as ballads, sonnets, and blank verse, and Asian forms such as tanka and haiku. The ninth contest is now open for entries. The postmark deadline is June 30, 2012. $5,550 in prize money will be awarded, including a First Prize of $3,000. Entries are accepted both online and by mail. For guidelines, please see http://www.winningwriters.com/margaret

Winning Writers assists with entry handling and publicity for the Margaret Reid Poetry Contest and other literary contests sponsored by Tom Howard Books. Winning Writers is today's leading source for literary contest information. We have been selected as one of the "101 Best Websites for Writers" by Writer's Digest for seven years in a row (2005-2011). Our online database, Poetry Contest Insider, includes complete guidelines and rankings for over 1,250 poetry and prose contests. Our free email newsletter offers news about quality free contests and literary resources. Winning Writers was founded in 2001. Learn more at WinningWriters.com.