From the Front Lines: MS Research to Follow in 2012 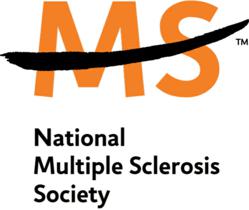 Cutting edge research in 2012 could change the lives of those with MS. Live webast December 13, at 8 pm will offer MS news you can use from internationally renowned researchers.

This year saw exciting research progress in efforts to stop multiple sclerosis, restore function that’s been lost and end the disease entirely. At least three emerging therapies are advancing through the pipeline toward FDA review while at least four clinical trials focusing on progressive MS continue to move forward.

New projects launched include clinical trials testing novel approaches to protecting the nervous system from MS damage; studies of adult stem cells and natural molecules that may stimulate repair of the nervous system to restore function; research on better treatments for symptoms; and studies on viruses and intestinal bacteria that may be involved in triggering immune attacks in people with MS.

The National MS Society continues its strategic support of cutting edge research and in 2011 has provided nearly $40 million to advance over 325 new and ongoing projects, ranging from discovery research to commercial therapy development. For a complete overview of the key potentially high-impact research results that occurred this year visit http://www.nationalmssociety.org/news/news-detail/index.aspx?nid=5766

Below is just a small sample or research that could change the lives of people living with MS in the near future. A live webcast to be held December 13, 8 PM ET, featuring internationally prominent MS investigators, will examine key MS research to follow in 2012.

STOPPING MS IN ITS TRACKS

Speeding diagnosis – An international panel revised and simplified the “McDonald Criteria” commonly used to diagnose MS, which is expected to reduce the emotionally wrenching wait for a confirmed answer to possible MS symptoms.

International Progressive MS Consortium launched – This group of MS societies and the MS International Federation met for the first time to establish mutual goals and priorities to drive research and to harness more resources aimed at progressive forms of MS.

Research in many types of stem cells continued to progress –

First year’s progress from MS Societies’ initial studies on CCSVI and MS – Seven multi-disciplinary teams investigating CCSVI (chronic cerebrospinal venous insufficiency, http://www.nationalmssociety.org/ccsvi) in MS indicated that they were on track to provide essential data and critical analysis as these two-year projects move toward their completion. These studies were launched with over $ 2.4 million from the MS Society of Canada and the National MS Society (USA).

Walking a problem for many -- A survey conducted by Harris Interactive suggested that difficulty walking substantially interferes with activities of daily living and quality of life in a majority of people with MS, . Of those who had MS-related walking difficulty, 70% called it the most challenging aspect of MS, yet 40% of those surveyed “rarely or never” discussed walking problems with their doctors, supporting the need for early recognition and management of mobility problems experienced by people with MS.

Global consortium doubles number of MS risk Genes identified -- The International MS Genetics Consortium and collaborators identified 29 new genetic variants associated with MS, and confirmed 23 others previously associated with the disease, verifying a major role for the immune system in the development of MS. The results are now to be confirmed and expanded in an independent, second large-scale set of cases with a research grant from the National MS Society.

International summit convened on vitamin D and MS prevention December 12-13 – This Chicago meeting brings together experts to begin constructing a plan for how to design a clinical trial to test whether vitamin D supplements can prevent MS in people at high risk for developing the disease. .

For more information on MS and the National MS Society:
http://www.nationalMSsociety.org
###