Political Perceptions: How Candidates Damage Vs. Manage Their Campaign

Tero International points out the pitfalls candidates encounter in communications and how the public forms political perceptions. 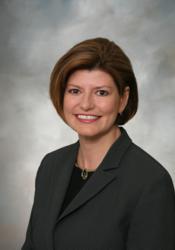 So how does a candidate manage the mud without damaging their initial impression?

This week in Iowa, politics is in the air. Yet it doesn’t take caucus time for politicians to wreak havoc on the way the public perceives them. The minute they decide to run for office, constituents are sizing them up. What factors into a candidate managing the impression people form of them rather than damaging it?

Tero International, an Iowa based group of interpersonal skills experts, exposes how candidates “damage” vs. “manage” their public perception.

1) There is going to be mudslinging. Let’s face it, it doesn’t matter how unruffled a candidate’s hair looks or how many jobs they may create, the mud will be slung. No amount of attractiveness or factual attributes will prevent this. How the mud is slung varies from campaign to campaign. In fact, few candidates through history have been above slinging whatever mud they could find.

In the 1800s, the trend was to attack the opponent’s physical characteristics. Did you know a writer was secretly hired by founding father Thomas Jefferson to call John Adams a “repulsive pendant” and a hideous character in the press? Or that Davy Crocket in the 19th century accused Martin Van Buren of wearing a woman’s corset (and if he did was it just the result of too many campaign meals?) According to Freakonomics “The Complete History of Dirty Politics” even Abe Lincoln was not immune. The word on the street was his feet stunk.

Presidential primaries get the ball rolling for the mud to be slung and in today’s climate the mud is a lot stinkier than feet. Perception more than viewpoints hold the initial key to who voters decide they prefer. Candidates are judged first as people before minds turn to where they stand on issues.

So how does a candidate manage the mud without damaging their initial impression? Televised debates could come to their rescue, if used properly. Television stresses the visual and provides immediate access to facial cues, vocal tone and body language. No matter how messy the mud gets, how the candidates handle themselves matters more than any accusation. Trust, sincerity, warmth and caring can all be communicated even in the line of fire through body language, vocal tone and facial cues.

2) Sex sells. Whether we like it or not, sex somehow always seems to seep into the U.S. political scene. We are a country founded on moral principles, yet for some reason subjects like sex appeal, fidelity, gender and ethical views are continually challenged in campaigns. They have become negatively embedded (no pun intended) into the political landscape and our experience of it.

This is not just indicative of recent years. Warren B. Harding was reported to be chosen as a candidate because he was handsome and appealed to women voters. Harding was not only attractive, he was also lucky. News pipelines in his day weren’t sophisticated. They were unable to publish his numerous infidelities – which could have changed women voters’ minds pretty quick.

When news like an alleged affair erupts, the questions turn a bit personal. Questions such as how does marital fidelity relate to leadership accountability become the focus. How does a candidate manage in these moments rather than damage?

Although the relational aspect of a candidate is judged first and foremost, the emotional connectivity they exhibit or influence registers second. When faced with a question like whether fidelity influences leadership, the candidate can make or break how they are perceived. People are sizing them up for signs of receptivity. If their answer doesn’t display an ability to appropriately address issues that borderline on personal, they may be perceived as not trustworthy or even suspect!

Sincerely thanking the interviewer for the question (whether they like it or not) and then answering as honestly as possible relays thoughtfulness and trust. Maintaining open body language, even vocal tone, and eye contact communicates an ability to handle emotional issues with dignity and grace.

What if the candidate is guilty of something sexy or risqué? Cutting to the chase of the truth diplomatically could make for an emotional connection that overrides the facts and positively affects perception. After all, no one is perfect. The American voter will forgive an indiscretion far easier than they will tolerate a lie.

3) It’s a new ball game. Gone are the days where newspapers were the only (and often inaccurate) account of a candidate’s character. Today’s candidates aren’t just concerned with how they're perceived in the press or even on T.V., but on social media sites and the internet. Communication is no longer local. One misstated remark in the past could die with that audience. Today it’s replayed around the world. Thanks to YouTube and video cameras on cell phones there is no such thing as “off the record”. There is no margin for error.

Everything a candidate chooses to wear, say or do can be picked up and broadcast in or out of context. The quote someone wishes to tweet may not be the most flattering, yet there it goes, it’s viral. How do they manage the inevitable damage?

Politics has been defined as the art of the possible. Candidates must never forget that. Using body language, vocal tone, facial expression and attire well, creates possibility in how one is perceived. If the perception is positive, the focus can finally turn to the third aspect forming political perception – a candidate’s competence. Even though competence accounts for more than relation and emotion, it will not be a factor without a positive spin on the first two. Mudslinging, sex and how they play ball doesn’t have to damage if perception is well managed.

Want to dig deeper? Listen to this 60-second audio file which represents a real-life question and answer about politics in the workplace:

Handling Conversations about Politics at Work