Traveling businesses, workers and vacationers heading to Oahu will save when they book their long-term car rentals with Cheap Honolulu Car Rental. Featuring Honolulu, the new and savvy website offers deeply discounted rates to visitors who extend their stay in the islands. 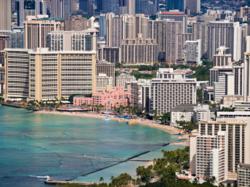 Honolulu is the single, “big city” in Hawaii and bustles with prominent corporate, government and educational employment. It also attracts a vast, temporary workforce as well as vacationers and students.

Many Hawaiian travelers have long-term transportation requirements, but until recently, this need was overlooked by Hawaii’s car rental agencies. Car rental insider, Robert Harrison, creator of Cheap Honolulu Car Rental, has now come to the assistance of this diverse group of temporary island visitors and workers that includes everyone from surfers to management analysts, and performers.

The launch of CheapHonoluluCarRental.com marks Robert’s latest expansion in Hawaiian car rental services by emphasizing affordable, long-term rentals for working travelers, as well as those tourists who stay more than a few days. He recognized a need to spotlight extended rentals after receiving multiple requests via customers of his ongoing car rental websites.

While large corporations are able to negotiate directly with national car companies for special fleet rates, travelers and small businesses need someone in the industry who can help them obtain lower priced, individual long-term rental car bookings.

Although negotiations of additional savings for extended rentals were in place, through his major car rental companies, Robert previously placed website prominence on daily rentals. Surprisingly, a comment from a friend, a writer for a popular line of travel books, finally called him to action. Robert explained, “She phoned to tell me that the 3-month car reservation she received through my website was far cheaper than any other they’d researched”.

Robert decided to feature Honolulu in the new site because of its many large commercial entities that draw temporary visitors to the city.

The scent of flower-infused trade winds is sometimes all that reminds Honolulu’s visitors of its uniqueness to mainland counterparts. The city is home to the University of Hawaii, provides bases for all 5 branches of the U.S. military, offers state-of-the-art care at several civilian and military hospitals, is the core of island tourism, and hosts major banks, the State of Hawaii’s government as well as the large Honolulu International Airport. These employers all attract short-term visitors, speciality staff and seasonal workers.

Most individuals who stay temporarily in Hawaii are unable to transport their own vehicle from home, yet they often require a form of personal transportation to get from lodging to workplace to grocery store.

Although the website is a shift from Robert’s strictly, tourist-centric focus, he includes those condo owners, winter vacationers and sports enthusiasts who come to Oahu for extended breaks from cold weather elsewhere. They, too, are always welcome to share in the good fortune of deeply discounted car rental rates for their stay.

Robert Harrison has more than a decade of accomplishment in the car rental business. He specializes in offering simple-to-navigate, yet fun, car rental websites. Cheap Honolulu Car Rental is no exception. While the website is cleanly and clearly arranged for the user, it is also a colorful site, recalling a “mid-century-modern” design reminiscent to the aloha spirit of yesteryear.

While Hawaiian travel plans for the majority of visitors include relaxation on sandy beaches, hair blowing in a convertible, and romantic strolls under the stars, among the passengers deplaning at HNL are a variety of working personnel who will reside in Honolulu for several weeks or months.

Just as short-stay tourists require, those who extend their Hawaiian stays need affordable, dependable rates for their rental vehicles. And, with the money they save on their rentals through http://www.cheaphonolulucarrental.com, Robert hopes they’ll take time to savor the aloha, sip pina coladas in open-air bars, and bob among fish in the warm ocean.