Learning can be fun with Fupa Games Primary Educational Games. The site offers Hundreds of free games for teachers and educators to use as a great learning tool. 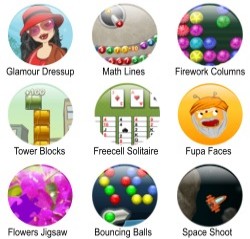 “My two daughters love to play on Fupa Games, Learning basic math, hunting for the match in a memory game, or finding the hidden word in a word game. “, Says Lars Mapstead President of Fupa Games.

With hundreds of games in categories such as math, word, and memory games, Fupa is helping people of all ages enhance and reinforce their mental abilities. Flash games can be good for therapy and people with special needs. Creating a fun learning environment is one of the key goals of this new website.

“My two daughters love to play on Fupa Games, Learning basic math, hunting for the match in a memory game, or finding the hidden word in a word game. “, Says Lars Mapstead President of Fupa Games.

Educational social gaming is a big hit, among Fupa games users. Some of the most played games on fupa are games involving math, words and memory. Educators can embed individual games from the Fupa Primary Games Category to meet their specific goals, and match their Curriculum. Fupa Games has also developed several games for Educational sites. Games offer much more than just the standards of math games, word games, and memory games they also include Puzzle and problem solving games as well as games that help with time management and critical thinking. Card Games are also great for seniors who need to keep their minds active and alert and have therapeutical effects on the mind.

The new launch of the site, is part of Fupa Games ongoing Niche site Launch which is helping to increase the reach of Fupa Games websites. Currently Fupa Games is serving over 2 million visitors per month and over 6 million game plays. Recent additions Include Mobile game releases on both the Amazon and Chrome Games platforms.

Having started his first internet company in 1994 in the earliest days of the world wide web, he has had many successful exits including his most recent sale of Various Inc, for 500 million dollars. Fupa Games has been self funded with 2.5 million dollars, and has been profitable for the last year.