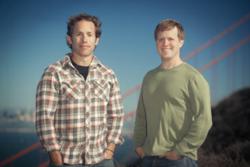 Every time we make an investment decision, we draw upon our own deep entrepreneurial experience to unearth the critical success factors for each company – an approach fundamentally different from that of most VCs.

Today, at TechCrunch Disrupt, the industry’s early-stage startup networking event, internet technology veterans Josh Felser and Dave Samuel formally introduced Freestyle Capital, a new venture capital firm focused on seed and early stage investments in consumer and web-based enterprise technology startups. Felser and Samuel, serial Internet entrepreneurs who together co-founded both Crackle (acquired by Sony for $65 million in 2006) and Spinner.com (acquired by AOL Time Warner for $320 million in 1999), also announced that they have raised $27 million in a new fund closed from limited partners including Cendana Capital and Hall Capital. The new fund builds on a pre-existing portfolio assembled by Felser and Samuel.

Freestyle Capital will focus on providing early-stage startups with both funding and counsel – drawing upon the investment capabilities and real-world experiences of Felser and Samuel – to guide technology startups to the next stage of development. Freestyle Capital is looking for young companies with transformational business ideas presenting seed funding and early stage investment opportunities in the range of $100,000-$500,000.

To date, Freestyle has invested in more than 27 companies, including: GoInstant; Byliner; CrowdFlower; Get Satisfaction; Typekit; about.me (acquired by AOL); BackType (acquired by Twitter); and CoTweet (acquired by ExactTarget).

“Every time we make an investment decision, we draw upon our own deep entrepreneurial experience to unearth the critical success factors for each company – an approach fundamentally different from that of most VCs,” said Felser, co-founder of Freestyle Capital. “Immediately post-investment, we provide a hands-on approach that leverages the knowledge we’ve gained as successful startup CEOs in developing, marketing and leading web-based businesses. Partnering with entrepreneurs at the seed stage is the next best thing to actually being founders ourselves.”

Samuel, who launched his first start up at the age of ten, said: “Like the rest of the world, Josh and I have seen how Internet technologies can transform our lives – but we also know first-hand the long road it takes to get there. This experience is what really sets Freestyle apart from many other investors. With a practiced eye toward bringing solutions to market for real-world business applications, we are excited to ‘pay it forward’ for the newest technology innovators.”

About Freestyle Capital
Headquartered in San Francisco, Freestyle Capital is an early-stage investor firm that combines proven operational expertise with investment resources to enable early stage consumer and web-based enterprise technology startups to develop and bring to market new and innovative technologies that transform the way the world interacts and works together. For more information about Freestyle Capital, go to freestyle.vc.