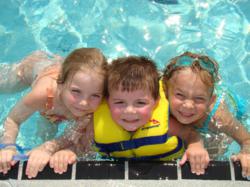 Can you pick out the donor child?

For those faced with infertility, The World Egg Bank strives to make building a family a simple reality.

Five years ago, cutting edge technology in infertility research produced the first baby from The World Egg Bank’s inventory of frozen donor eggs. The company was the first commercial egg bank in the US and specializes in shipping frozen eggs worldwide.

Today, 5 year-old Avery Lee Kennedy of Lexington, Kentucky is in kindergarten and says she loves school so much, she wants to be a teacher.

Avery is a blue-eyed, blonde haired girl of German and Irish descent, a similar background to her mother and father. Her parents say she is outgoing, loves ballet, soccer and is singing in the kindergarten choir. The Kennedy’s chose a young donor, “who looked like she fit in our family tree.”

The availability of frozen human eggs is a relatively new option for IVF patients. The technology used to freeze eggs is more advanced than that of sperm or embryos. Freezing sperm and embryos has been common for decades and is routinely used in fertility treatment. Now women, with infertile eggs, have the same opportunity to carry a baby using an embryo created from frozen donor eggs.

Research has made it as simple to replace a woman’s infertile eggs with frozen donor eggs, as it is to replace a man’s infertile sperm using frozen donor sperm. The World Egg Bank is so confident in its product, the company provides a guarantee if less than 60% of the frozen eggs purchased do not survive the thaw. Pregnancy rates are equivalent to traditional fresh donor eggs.

“The process of using frozen donor eggs over the traditional method of transferring fresh donor eggs is uncomplicated, less costly, more predictable, has no geographical barriers, provides equivalent pregnancy rates and, when purchased from The World Egg Bank, comes with a guarantee,” said Diana Thomas, President and CEO of The World Egg Bank.

The Kennedy’s became pregnant on the first try.

“I know people who did in-vitro and didn’t tell anyone. It’s nothing to be ashamed about,” said Kennedy. “I want couples that can’t get pregnant to know there’s technology out there and so many more advancements since my donor egg pregnancy over five years ago,” she added.

The cost of using frozen donor eggs is contained in a single payment; typically ranging from $15-$20,000 per attempt. Traditional fresh egg donation costs are typically $25-$30,000 per attempt and can have many unpredictable expenses. The technological development and success of egg freezing has made the process of in-vitro fertilization, using donor eggs, much less stressful and more convenient for women and their partners.

Interviews are available upon request.

For those faced with infertility, The World Egg Bank strives to make building a family a simple reality.

An unexpected and most welcomed addition to the family.Little brother John was conceived naturally, two years after Avery was born.