Some expect President Obama to discuss the No Child Left Behind act in his State of the Union address on January 25. As his administration works to overhaul the out-dated law, My Colleges and Careers believes that every student should aim high when it comes to their educational goals, despite political actions. 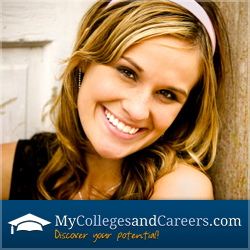 My Colleges and Careers believes students everywhere can benefit from education.

Regardless of when or how President Obama decides to take action on the NCLB act, My Colleges and Careers believes students can take control of their learning and earn an education that will lead to a successful career.

The Elementary and Secondary Education Act, better known as the No Child Left Behind Act (NCLB) was signed into law in 2002 and was up for a rewrite four years ago. The act requires states to have assessments of basic skills for children if they want to receive federal funding for schools. The standards in the assessments are set by the states, not by the federal government.

Education Secretary Arne Duncan is pushing for Congress to write a new version of NCLB. Duncan hopes education is a subject that both Democrats and Republicans can agree on and make progress on.

While some people, the Obama administration included, believe the government should play a major role in education, others believe educators, not politicians should make decisions about education in the United States.

My Colleges and Careers strongly believes that education can help people meet their fullest potential. Whether it is through online universities or traditional schools, people everywhere can benefit from education, regardless of the current opinion on government involvement.

By enrolling in accredited online college courses, students can invest in their future. Learning new skills and developing talents through online universities makes it possible for students to market themselves in an increasingly competitive job search pool. Online masters degrees and even online PhD programs are an excellent way to increase hiring potential.

If NCLB is reauthorized this year, students who have yet to graduate and begin college may find themselves being held to specific standards. This could be beneficial to them as they pursue higher education since they will be required to meet the same learning goals as students from other schools in their state.

The Obama administration attempted to tackle NCLB last year, but the healthcare overhaul took precedence. Some believe it would be ideal for the president to reauthorize the bill this year before campaigning for the 2012 presidential elections takes center stage.

One approach to getting the NCLB act passed is to create smaller bills that still focus on the same things NCLB accomplishes. This may make the passage of the bill easier to handle and more acceptable among some politicians.

Regardless of when or how President Obama decides to take action on the NCLB act, My Colleges and Careers believes students can take control of their learning and earn an education that will lead to a successful career. My Colleges and Careers helps students achieve this goal by offering information about schools, degrees, the cost of online colleges, and even military online schools.

Some people believe the government should not be as involved in making decisions about education. Their thinking is that those who work closest to children, educators, should be responsible for making decisions that will affect academics.

Those in the Obama administration may think NCLB is not functioning as it should, but they hold to the belief that with some changes, it can be a means to help educators help students be the most successful they can be.

However, for people who don’t think the government should play a large role in education in our country may have the constitution to back them up. The U.S. Constitution makes it clear that education is a responsibility of the states, not the federal government. To some extent, this prevents the government from being able to get extremely involved in education.

Some benefits sited by supporters of NCLB include: a better ability to track progress, improved reading and math test scores, schools and teachers are held more accountable, students can more easily transfer to different schools, a better quality of education, common expectations lessen racial and class gaps and federal funding to benefit schools.

Advocates of the bill see some cons: lowered expectations for schools, unrealistic goals, students are required to take tests in English, a more narrow curriculum that only covers what is on standardized tests, an incentive (federal funding) for states to manipulate test results.