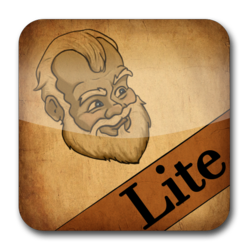 We know it is still early in the season, but this kind of a response, with 5 star ratings and great reviews, is an exciting way to start off the holiday.

Within the first week the iPad apps had 1,000 downloads. “The response to these apps are really exciting,” stated Aurelia Goodfellow Head of Marketing for BBP Creations. “We know it is still early in the season, but this kind of a response, with 5 star ratings and great reviews, is an exciting way to start off the holiday.”

The Lite iPad app allows the user to decorate a Christmas tree and then print or email their picture to family and friends. Children are able to select from 10 different activities in the full app. Activities include; decorating a Christmas tree, building a snowman, decorating a gingerbread man, word matches of 2 different levels, color matching, 3 different counting activities and of course writing a letter to Santa. “It’s all about the magic. We wanted to create that warm holiday feeling and based on the downloads, I believe we have achieved just that,” stated Goodfellow.

The full app allows users to print and email certain activity screens as well as reset each activity for hours of playtime. Parents will love the app as it has parental controls for disabling the email, print and background music. The best activity is Santa’s letter where a child can write or draw their letter to Santa, email it and receive a response within minutes with a new email from Santa being able to be received weekly through Christmas.

A new video was just released as well on Youtube.

For the last 3 years, BBP Creations has developed in-house applications for the iPhone, iPad and thumb drives for large corporations. They are known for their quality apps, creativity and thorough testing to create flawless applications.