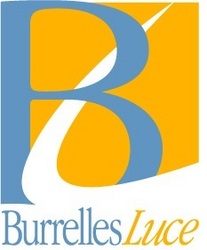 Similarly, The Wall Street Journal was not only one of the few daily newspapers to post an increase in daily circulation during the year ending Sept. 30, 2010, but it also opened up a 230,000 lead over second-ranked USA Today.

These and other media-rankings data are contained in the initial 2011 edition of "Top Media Outlets: Newspapers, Blogs, Consumer Magazines & Social Networks," which BurrellesLuce offers free to public relations and marketing professionals. In this, the eighth year of distribution, the lists show the 20 busiest social networks, the 25 most popular English-language blogs, the 25 largest U.S. consumer magazines, and the 100 leading daily newspapers. Two new additions are the 25 top PR and Marketing blogs and the 25 top Entertainment blogs.

Besides swapping second and third places, YouTube raised its market share to 18.6% while MySpace saw its share drop to 4.8%. Yahoo! Answers took over the fourth spot from Tagged (which fell to sixth), and Twitter climbed one position, to number five, while maintaining a market share of 1.0%. Although their market shares remained below one-half of a percent, Mylife, LinkedIn, and Club Penguin recorded the largest jumps in ranking, with each moving up six spots, to eighth, tenth and twelfth, respectively.

The top tier of English-language blog rankings showed relatively little movement, as Huffington Post retained its hold on the number one spot and TechCrunch stayed steady at number three. Gizmodo and Mashable flopped positions between November 2009 and November 2010, moving to second and fourth, respectively. And in rising from seventh to fifth, Gawker knocked BoingBoing down to eighth. Lifehacker made the biggest jump, ascending eight spots to number 15.

The same titles occupied the top five positions among U.S. consumer magazines during the six-month period ending June 30, 2009 compared with the corresponding period ending June 30, 2010. AARP The Magazine and AARP Bulletin led the pack, followed by Better Homes and Gardens and Reader's Digest (which switched places), and National Geographic. The most dramatic change in the magazine list was the performance of Game Informer, which rose five spots, to number seven, on the strength of a 735,000 boost in circulation. Four magazines that had not appeared on the 2010 Top Media Outlets list but made the cut this time around were Remedy, Glamour, American Legion Magazine and O, The Oprah Magazine; the first two publications were brand-new to the list, while the latter pair marked their return to the Top 25.

About BurrellesLuce
Taking control of every stage of your media planning, monitoring, and reporting efforts has never been easier than it is now with BurrellesLuce. Our comprehensive suite of affordable services is fully integrated in one convenient and easy-to-use portal, BurrellesLuce WorkFlow. Incorporate and review your traditional print, broadcast, online and social media results in one report. Research and engage journalists and bloggers, and intelligently plan future campaigns. Build and manage social media communities. BurrellesLuce WorkFlow gives you everything you need to start organizing and managing your media relations and public relations activities.