The Biology Website EurekaMag.com publishes articles in all areas of biological science. The latest articles cover Eugenics which is is the bio-social science advocating practices aimed at improving the genetic composition of human populations, Broilers which are chickens bred and raised for meat production. The article on Carvedilol covers the active medical substance indicated for the treatment of mild to moderate congestive heart failure. 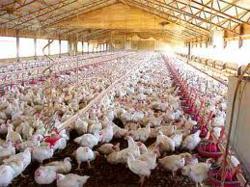 The Biology Website EurekaMag.com publishes articles in all areas of the life sciences including biology, agriculture, horticulture, forestry, geography, environment and health. Drawing from this pool of scientific disciplines, it publishes articles, reviews and insights on biological topics including those which have recently attained attention. While the Biology Research Category contains over 36 million references, most of the reviews are included in the Biology Keyword Category, the Biology Keyphrase Category and in the Biology Reviews Category of the online science magazine. All content is now available on a user-friendly and fast Mobile m.EurekaMag.com Website.

The EurekaMag.com review of eugenics covers the applied science or the bio-social movement which advocates the use of practices aimed at improving the genetic composition of human populations. Supporters regarded eugenics as a social philosophy for the improvement of human hereditary traits through the promotion of higher reproduction of certain people and traits, and the reduction of reproduction of other people and traits. The EurekaMag review recalls "genetic modernization" concepts of agricultural modernization in Germany, the former Soviet Union and the USA which were substantially linked to social-Darwinist thought embracing programs of eugenics and "racial hygiene". These links are outlined for each of the cases, highlighting the widely differing intermingling of scientific concepts and terminologies with political ideologies. The review discusses what role geography and in particular geopolitical thinking of the time were to play in the development of "genetic modernization", and more specifically, with regard to the nexus between agriculture and eugenics. The review covers the Chinese concept of "Yousheng" which is more appropriate than eugenics as an expression of Chinese social policy and public attitudes. The impressions given from a survey in China contrasts the implications of the majority of Western papers on the Chinese situation, and indicate that people are generally satisfied with the ethical balance towards the societal needs over individual autonomy.

Eurekamag.com presents a review on broilers which are chickens raised for meat production. Modern commercial broilers are specially bred for large scale, efficient meat production and grow much faster than egg-laying hens or traditional dual purpose breeds. They have fast growth rates, a high feed conversion ratio, and low levels of activity. Such broilers can reach a harvest weight of two to three kilograms in only five weeks, although more slow growing free-range and organic strains reach slaughter weight at 12-16 weeks of age. The EurekaMag review provides an insight into a broiler line that had been selected for growth for 33 generations. This selection resulted in the modern broilers having eightfold greater breast muscle mass than the layer fowls at seven weeks of age, and greater than twofold breast muscle mass than their counterparts. This increase in muscle mass was associated with greater than twenty-fold higher concentration of ornithine decarboxylase in broilers at one week of age compared with the layer strains and an increase in the relaxed-selection strain of broilers. The review also covers experimental results of feeding studies with broilers where diets consisted of wheat, corn gluten meal, soybean meal, meat meal, bone meal, and lysine and threonine. Supplemental lysine increased pre-slaughter weight, but differences in total yield were not observed. Breast fillet yields were greatest in broilers receiving hundred percent of NRC lysine and 83 or 92 percent of NRC threonine or 105 percent of NRC lysine and 100 or 108 percent of NRC threonine. The authors concluded that additional lysine improved feed:gain independent of threonine from one to 54 days of age.

The EurekaMag.com review on Carvedilol covers the non-selective beta blocker/alpha-1 blocker indicated in the treatment of mild to moderate congestive heart failure (CHF). The insight shows results of a study investigating whether the beneficial effects of carvedilol involve modulation of respiratory burst, degranulation-myeloperoxidase release and inducible nitric oxide synthase expression. Genotypes and haplotypes of ADRB1, ADRB2, and ADRA2C did not significantly affect survival in metoprolol-treated or carvedilol-treated HF patients in this study. These results complement the findings of two other studies, but do not replicate an association of ADRB2 haplotypes and survival. All three studies differ from a survival benefit reported for bucindolol-treated homozygous ADRB1 R389 individuals. Increasing the frequency and durability of myocardial recovery could reduce or postpone the need for subsequent heart transplantation. Low-dose carvedilol had no effects on ventricular remodeling. Treatment with low-dose carvedilol significantly increased VFT Although the MAPD of the 3 myocardial layers were further prolonged in the carvedilol treated CHF group, the prolongation of MAPD in the midmyocardium was shorter than those in the epicardium and endocardium.

The Science Magazine has recently been accredited by the Chinese Ministry of Industry and Information Technology with the Internet Content Provider (ICP) Number 10204677. The site delivers its content through a number of RSS feeds including a "Most Shared Content" RSS Feed and an @EurekaMag Twitter account. The @EurekaMag Twitter account currently features 46,947 tweets and 918 followers. The site also provides an EurekaMag.com portal for mobile viewing at m.eurekamag.com. The Global Alexa Traffic Rank of Eurekamag.com is currently 777,346. The online traffic can now also be watched in real time using a EurekaMag.com "Life Traffic Feed" and a "Real-Time View". The site accepts advertisements through the Google AdWords system.