With the number of women having cesarean sections on the rise, the risk of post-operative abdominal scar tissue, or adhesions, among mothers may also be increasing. Adhesion Related Disorder activist Karen Steward today joined the call for obstetricians to consider the risk of adhesion-related complications when recommending cesarean versus vaginal delivery. 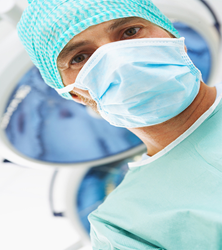 Cesarean delivery is the most commonly performed surgery in the U.S.

Author and activist Karen Steward today responded to an article published in the December 2011 issue of the “American Journal of Obstetrics & Gynecology” stating that the rising number of multiple C-sections in the United States may lead to an increase in cases of Adhesion Related Disorder. Steward agreed with the authors that the incidence of adhesions, a common risk of abdominal surgery, may be reduced by lowering the number of cesarean deliveries in cases where vaginal delivery is a safe alternative.

Cesarean delivery is the most commonly performed surgery in the U.S., according to Drs. G.W. Bates and S. Shomento, the authors of the article. The number of C-sections performed in the U.S. has risen from 5% in 1970 to over 32% as of 2007, the doctors note. Drs. Bates and Shomento add that many medical providers may not be aware of the connection between C-sections and adhesion formation in women. In addition to taking precautions to reduce the risk of adhesion formation during surgery, medical professionals should consider interventions to reduce the need for cesarean delivery, the authors add.

According to Steward, an activist and author who supports patients who suffer from Adhesion Related Disorder (ARD), the number of women having elective C-sections is especially concerning. "Women who choose to have a C-section for non-medical reasons should be advised by their obstetrician regarding the risk of adhesions. Obstetricians should describe adhesions and their complications clearly, so that women understand the risks involved. Further, women should be advised that having one cesarean delivery raises their risk of requiring a C-section with their second or third pregnancies,” Steward cautions.

Steward notes that many informed consent forms for elective C-sections do not mention the risk of internal scar tissue formation. However, some liability insurance providers are on the right track. She points to a surgical consent form created by CRICO, the medical professional liability company that serves the Harvard medical community, as an example of the way the risks of an elective C-section should be presented.

"The CRICO form lists adhesions as a risk of an elective C-section and defines adhesions as internal scar tissue -- something that many consent forms don't do. It also describes two of the most common complications of adhesions: infertility and chronic pelvic pain. The form gives the patient the opportunity to discuss these risks with her doctor in detail and make an informed decision before choosing an elective cesarean. This is the direction I'd like to see us taking."

Surgery is the number one cause of adhesions, according to the U.S. Department of Health and Human Services. ARD can cause debilitating pain, bowel obstruction or strangulation and infertility in women. Adhesion formation is the body’s natural response to inflammation, infection or trauma. During a C-section, adhesions may form as a result of the incision, internal bleeding, exposure to vaginal bacteria or drying out of the tissues in the abdominal cavity, Drs. Bates and Shomento note. While surgeons and their staff can reduce the risk of adhesions by practicing proper surgical technique, and using surgical barriers and other products, reducing the number of C-sections may be the most effective way to prevent adhesion formation in mothers.

“New moms must be informed of the risks of adhesions, especially with elective cesarean deliveries,” Steward states. “Doctors can’t assume that women are aware of ARD before they deliver. When a woman is planning for the birth of a child, the risks related to an elective C-section may not be the first thing on her mind. It’s the doctor’s responsibility to educate pregnant patients about the potential risks of cesarean delivery, especially if the procedure is medically unnecessary.”