nPower is launching What’s Your Goal 2012, inspiring teens across the UK to kickstart their future careers and has asked Digital Sports Group (DSG) are to provide one of the members of the 11 strong ‘Dream Team’ of football experts. 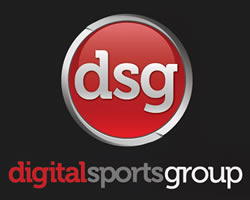 Monday 16th January 2012 sees the launch of nPower’s What’s Your Goal 2012 scheme. The work experience scheme is designed to inspire young people to explore the vast array of careers found in the world of football. nPower has asked DSG’s Managing Director, Simon Boynton, to be one of it’s 11 industry experts who will act as mentors to young people on the scheme.

DSG is joining npower is also offering the nation’s young people the chance to win the once-in-a-lifetime opportunity to spend a day being mentored by the WYG ‘Dream Team’. Children in Years 7 – 11 are invited to apply for the chance to gain first-hand experience of working life by spending time with the experts and trying out their coverted jobs for themselves!

Simon explains further: ‘DSG has an established commitment to offer career opportunities for young people who wish to build careers in the sports environment. The WYG scheme will allow someone to experience a range of activities associated with running a successful digital business. As part of this, we will take the lucky winner out on one of our high speed driving experiences supplied by trackdays.co.uk before they attend one of the vital end of season Football League matches at which they help produce a match preview and report that will be published on http://www.football.co.uk’

Digital Sports Group Ltd (DSG) established in 2009 is now the largest independent sports news broadcaster of online content with over 10 million unique users. Each of its carefully tailored websites caters for the different individual needs of users.

Within each sport users can access a plethora of products and services including news, blogs, forums, tweeting through to the organising of fixtures, posting results, purchasing discounted equipment, video streaming and social networking.

Specialising in the needs of the fan on the football terrace at football.co.uk to the county cricket player at cricket.co.uk to the petrol head enthusiast on motorsport.co.uk; this is what’s important to DSG.