New Citizen’s Guidebook Shows How Cannabinoids are Essential for Life, Liberty and the Pursuit of Happiness

Under the influence of America’s revolutionary ideals, Life, Liberty and the Pursuit of Happiness, a group of writers, using the pen name "Publius", have released a new book. The Cannabis Papers: a citizen’s guide to cannabinoids, details how cannabis (marijuana) and cannabinoids are fundamental to life. 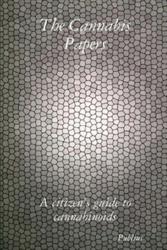 Science provides evidence that cannabinoids modulate life; it is also true that cannabis (marijuana) makes cannabinoids. A new book, The Cannabis Papers: a citizen's guide to cannabinoids, unites these two facts. Under the influence of America’s revolutionary ideals, Life, Liberty and the Pursuit of Happiness, one learns that cannabinoids:

Scientific research has described cannabinoids as “nature’s healthcare plan.” The authors of The Cannabis Papers, using “Publius” as their penname, begin with the fact that all humans (even all mammals) use cannabinoids. This defines and highlights the genetic role of cannabinoids in human development (from conception to death).

According to the authors of this book, the medical marijuana movement has rightly promoted cannabis as a way to supplement one’s cannabinoid system. Not everyone is a patient though. Because cannabinoids are fundamental to life, The Cannabis Papers shows why we should protect and not prohibit a citizen’s right to possess cannabis. According to the authors, clearly, the right to preserve one’s health is the right to self-defense.

The authors of this book, modeled on the ideals set forth in the Declaration of Independence, also call for change, Victory in the drug war is the repeal of Nixon’s 1970 Controlled Substances Act. Like Nixon, you can’t reform something corrupt – his law must go.