Capital Corp Merchant Banker has entered into a $30 million funding agreement to fund production and commercialization of a novel biosimilar drug for stroke victims. This new drug would be a variant of an already existing drug but with much improved diagnosis results. Ischemic strokes account for 80-85% of strokes and the only effective treatment currently available has life-threatening side effects, which have severely limited its use. This new drug would predict the risk of these side effects on an individual basis. 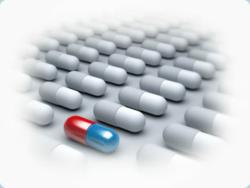 The theranostic offers the ability to rapidly take control of a €240 M market in the EU and expand it to €400-500M, and would similarly offer the same results in the U.S. market.

Capital Corp Merchant Banking has entered into a $30 million funding agreement with a major German Biopharmaceutical Group (“the Client”) to fund the production process, clinical trials, and full commercialization of a stroke therapeutic. This would be done through a combination of debt and equity.

A stroke happens when blood flow to a part of the brain stops. A stroke is sometimes called a “brain attack.” Ischemic stroke occurs when a blood vessel that supplies blood to the brain is blocked by a blood clot. This may happen in two ways: 1) a clot may for in an artery that is already very narrow, which is called a thrombotic stroke; and 2) a clot may break off from another place in the blood vessel of the brain or body and travel up to the brain, which is called cerebral embolism, or embolic stroke. Ischemic strokes may be caused by clogged arteries.

Stroke is the third leading cause of death in the United States, and approximately 795,000 people suffer a stroke each year, 140,000 of which result in death. Europe averages approximately 650,000 stroke deaths each year.

There are only a few hundred stroke neurology specialists practicing in Europe and the United States, and the number of stroke centers in both the U.S. and Europe number slightly above 1,600 combined. Stroke centers are presently certified to treat ischemic stroke.

The Client’s theranostic offers the ability to rapidly take control of a €240 M market in the EU and expand it to €400-500M, and would similarly offer the same results in the U.S. market.

The method by which this project is to be funded is the brainchild of Mr Gilles Herard, Jr. Mr Herard is a seasoned Merchant Banker and has been in the banking industry for 38 years. He worked early in his career at the Toronto Dominion Bank (Canada) and later on joined Manufacturer Hanover (MH) of New York as Senior Credit Analyst. He eventually created his own Firm, Capital Corp Merchant Banking, where he syndicates and structures funding for top companies worldwide, all the while investing his own firm’s funds into the projects. As the head of Capital Corp Merchant Banking, Mr Herard has become a leading figure in international middle-market project financing and engineers all funding structures for projects at Capital Corp. Mr Herard has received numerous awards for his work and other contributions including being appointed to the Presidential Business Commission, Honorary Co-Chairman of the Business Advisory Council, nominated as Executive of the Year by the internationally acclaimed National Register’s Who’s Who, and having received the Senatorial Medal of Freedom, among many others.