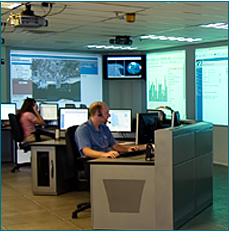 Lieutenant General Stalder (Ret) said this about joining the Board of Directors of Global Relief Technologies (GRT): “I am very excited to join GRT's Board of Directors. I have witnessed the work they have done with their Rapid Data Management System (RDMS) technology over the years and I am pleased to be part of such a forward-thinking company with an exceptional technology solution which has delivered stellar results. I first encountered GRT’s product Rapid Data Management System (“RDMS”) while I was Commanding General of the United States Marine Corps (“USMC”) II Marine Expeditionary Force (“II MEF”) in Camp Lejeune, North Carolina. Since then I have aggressively supported the development of and integration of RDMS by GRT into the USMC operations, including, where appropriate, into complimentary US Navy applications.”

When asked about Global Relief Technologies (GRT) patented Rapid Data Management System (RDMS) technology solution Lieutenant General Stalder responded, “Rapid Data Management System (RDMS) is a revolutionary technology that saves lives and has more than proven itself in the harshest conditions of Marine Corps field operations in East Asia, the western Pacific, the Middle East, and Haiti. The initial desire to develop and implement an RDMS capability was viewed as critical because of the United States Marine Corps (USMC’s) increasing need for reliable information for combat operations in Iraq and Afghanistan. The only thing better than RDMS's performance is its’ potential to grow into other uses, functions, and domains. The civil applications alone are enormous and limited only by our imaginations. It is an order of magnitude increase in capability from our traditional methods of gathering, managing, analyzing, and viewing the world that surrounds us.”

Rapid Data Management System (RDMS) by GRT is a flexible and adaptable Global Enterprise Mobile Field-Data Workflow Technology Solution which provides the ability for field personnel (mobile workforces) to quickly and accurately collect, transfer, and analyze data. RDMS by GRT features include an easy-to-use intuitive graphical user interface, 100% real-time two way communication, a Workflow Rules-Engine which guarantees structured data validation and improved accuracy in the data collection process, complete GPS/GIS integrated mapping capabilities, the ability to work in a connected and/or disconnected environment, as well as the ability to be configured without difficulty to meet each user’s specific requirements while maintaining the highest levels of security. RDMS by GRT also offers the necessary ability for Emergency Response & Disaster Recovery Teams to stay connected 24/7 with the option of using Broadband Global Area Network (BGAN) Satellite Communications when wireless or other modes of connection are not available.

Organizations seeking to deploy enterprise-level mobile data collection and analysis solutions to the field can now benefit from GRT’s experience launching, managing, and supporting thousands of devices worldwide. GRT has a history of success rapidly collecting over 500,000 highly accurate assessments all across the world including the countries of China, Chile, Nicaragua, Haiti, Philippines, Thailand, and the United States. In fact, through a subcontract with the Raytheon Company, RDMS by GRT’s Logistics Solution is being used by the US military in Iraq and Afghanistan to support systems that protect military and civilian personnel. Global Relief Technologies (GRT) has developed best practices for success with their Rapid Data Management System (RDMS), allowing you the ability to collect field-data faster, easier, and more effectively than ever before with proven outstanding reliability and performance.