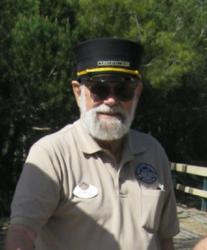 John Marchetti claims Actos is the cause of his bladder cancer

The patients allege that taking the diabetes medication resulted in their bladder cancer and related aftereffects, which include permanent, severe and debilitating injuries, pain and suffering, and emotional distress.

Baum Hedlund Aristei & Goldman has filed a personal injury lawsuit on behalf of 14 people who claim they developed bladder cancer after taking the Type-2 diabetes drug Actos (pioglitazone). The lawsuit, case number BC-492184, filed as a bundled complaint, was filed in Los Angeles Superior Court against Actos manufacturer Takeda Pharmaceuticals, its subsidiaries and Eli Lilly (which collaborated with Takeda in the launch and marketing of Actos).

The patients allege that taking the diabetes medication resulted in their bladder cancer and related aftereffects, which include permanent, severe and debilitating injuries, pain and suffering, and emotional distress. As a direct result of Takeda’s negligence, fraud and malice, plaintiffs have also suffered economic loss and incurred cost of medical care, surgeries, rehabilitation and other treatments, the lawsuit claims.

According to the complaint, Takeda failed to properly design, test, manufacture and market Actos. Takeda knew or should have known that Actos use carried a significant risk of bladder cancer but did not adequately warn the American public about this life-threatening Actos side effect, the complaint alleges.

“Due to inadequate warning regarding bladder cancer, Actos was in a defective condition and unreasonably dangerous at the time that it left the control of defendants,” the complaint claims. “Patients were not able to discover, nor could they have discovered through the exercise of reasonable care, the defective nature of Actos.”

Scientific studies dating back over a decade have linked Actos use and bladder cancer in animals. In the past years data has also linked the diabetes drug to bladder cancer in humans, leading to growing controversy on the prescription and use of the dangerous medication.

A particularly revealing 2011 French study led to the suspension of pioglitazone-containing medications like Actos in both France and Germany. Similar data prompted both the U.S. Food and Drug Administration (FDA) and Health Canada to release warnings on the Actos bladder cancer link. Both the FDA and Canadian public service alerts warned that increased doses and long-term use of Actos were associated with an increased risk of developing bladder cancer.

Baum, Hedlund, Aristei & Goldman, a recognized preeminent plaintiff firm based in Los Angeles, is currently representing dozens of Actos bladder cancer victims and their families in numerous personal injury and wrongful death cases against Takeda, in both federal and state courts, and the firm is preparing to file dozens more.