Written by Ivan Hughes Nearly one year ago prominent Social Security Attorney Charles T. Hall wrote that he was "skeptical" that an investigation into the Huntington, West Virginia Social Security Hearing Office would "ever come up with evidence of serious criminal offense.” Hall's prediction, made in his popular blog on Social Security (socsecnews.blogspot.com), has come true. 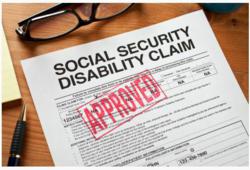 Nearly one year ago prominent Social Security Attorney Charles T. Hall wrote that he was "skeptical" that an investigation into the Huntington, West Virginia Social Security Hearing Office would "ever come up with evidence of serious criminal offense.” Hall's prediction, made in his popular blog on Social Security (socsecnews.blogspot.com), has come true.

Last month a U.S. Senate subcommittee issued a report after conducting an extensive 18-month investigation into alleged problems within the Social Security Administration, both in West Virginia and elsewhere. The subcommittee investigation was commissioned by Senator Tom Coburn (R-Okla) after a series of Wall Street Journal articles on disabled Social Security alleged problems.

The 136-page Senate report makes no allegations of wrongdoing. Instead, the report focuses primarily on its conclusion that certain Social Security benefit claims are being granted by the SSA “without properly addressing insufficient, contradictory and incomplete evidence.” The report cites examples to support its findings. In particular, the report discusses Judge Howard O’Bryan of Oklahoma City, who it says awarded benefits for about 90 percent of over 5,400 cases from just 2007 to 2009, the majority of which were decided “on-the-record” which means without the need for a hearing. The average lifetime disability award costs taxpayers $300,000. These concerns prompted Senator Coburn to ask during a hearing on this issue whether “benefits [are] going only to those who are supposed to be getting to them?”
Overall, the report concluded that the Social Security Administration improperly awarded benefits in more than 25% of the cases it reviewed, which were decided between 2006 and 2010. This does not mean that these claimants were not entitled to benefits but rather that, according to the report, their claims were not sufficiently evaluated prior to an award of benefits. The report also found that since January 2009 the Social Security Administration has placed another 5.9 million Americans on disability. This may be as a result of the difficulty of finding work in a sluggish economy.

One reason cited by the report for the Social Security Administration's insufficient process was that some ALJs appeared to assign more weight to medical reports and records from claimant’s attorneys than to the doctors who performed reviews and evaluations for the Social Security Administration. The report stated, however, that sometimes these attorney-provided medical reports were no more than one- or two-page forms.

The report also set out problems with the quality of certain hearings that the Senate staff examined. The report found that some judges held hearings that were so short that it would have been difficult to adequately assess the credibility of the claimant. Further, in some of these hearings questions were only asked by the claimant’s attorney and no questions were asked by the ALJ.

The report discusses decisions from several different ALJ’s. One of whom is former ALJ David B. Daugherty. Allegations have been made regarding Daugherty of judicial wrongdoing. From 2006 through 2008, the report found that Judge Daugherty rendered 3,645 cases approving benefits in the vast majority of these cases. This prompted complaints from some in the legal community about the volume of cases brought before the judge by one lawyer. The lawyer, Eric C. Conn, was the third highest paid lawyer by the Social Security Administration.
The report found fault with the thoroughness of ALJ Daugherty’s decisions but did not report any findings suggesting legal wrongdoing by Judge Daugherty. The report found fault with some practices of attorneys who appeared before Judge Daughtery, but the report did not make any findings suggesting wrongdoing by Attorney Conn.
The Social Security Administration’s spokesperson Mark Hinkle has stated that “[w]e share the subcommittee’s concern that a small number of judges have failed our expectations with regard to a balanced application of the law, proper documentation, proper hearings and proper judicial conduct[.]” Further, Hinkle said that the Social Security Administration does “recognize the need for further improvement and are working hard toward that goal[.]”

President Obama and his Republican opponent Governor Romney have sparred over matters large and small in this month’s three presidential debates, yet when it came to one of the most pressing economic issues facing the United States, the two candidates were entirely quiet. There has not been a single discussion about the president’s role in appointing the next commissioner to head the Social Security Administration. The Commissioner of Social Security is statutorily authorized to “adopt reasonable and proper rules and regulations to regulate and provide for the nature and extent of the proofs and evidence and the method of taking and furnishing the same in order to establish the right to [Social Security] benefits[.] This appointment is important because the “Commissioner may be removed from office only pursuant to a finding by the President or neglect of duty or malfeasance in office.”