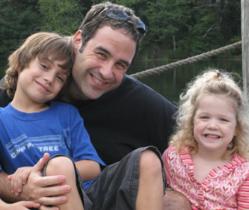 Our elected representatives need to put legislation in place that reflects this deadly epidemic. And we, the public, need to change our behaviour - not just for our own sake, but for the safety of our fellow Texans sharing our roads.

In the most recent season finale of one of the most popular T.V. shows, “Glee,” a main character was involved in a catastrophic car accident because she was texting while driving. As most lawyers for victims of car crashes in Houston will tell you this tragedy is not just television - it happens all too regularly in real life. While much attention has been devoted to drinking and driving, and rightfully so, the rate of accidents and accident related deaths due to texting while driving is on the rise. According to the Pew Center for Research, half of adults who use text messaging have either read or sent a text message while driving.

Texting While Driving
According to the National Highway Traffic Safety Administration Authority (NHTSA), texting while driving has increased 50% within the last year, with close to half of drivers surveyed under 25 admitting that they have texted while driving. The majority of this age group is not covered by the Texas ban on cell phone use. In Texas, only drivers under the age of 18 are prohibited from using cell phones. One in four (26%) of American teens of driving age say they have texted while driving, and half (48%) of all teens ages 12 to 17 say they’ve been a passenger while a driver has texted behind the wheel.

Cell Phone Usage While Driving
Texting while driving is not the only threat. Drivers who use any hand-held devices are 4 times more likely to get into crashes serious enough to injure themselves. Using a cell phone while driving, whether it's hand-held or hands-free, delays a driver's reactions as much as having a blood alcohol concentration at the legal limit of .08 percent.

Public Opinion, Political Inaction
According to the AAA Foundation For Traffic Safety study, 87% of people consider texting and e-mailing while driving a "very serious" safety threat, almost equivalent to the 90% of those polled who consider drunk driving a threat. Unfortunately, public opinion is not reflected in the laws of our state. Texas Governor Rick Perry has continuously vetoed legislation specifically intent on banning text messaging while driving. In a June 17, 2011 veto statement on HB242 banning all texting while driving, Governor Perry called the ban a “government effort to micromanage the behavior of adults.” The argument that legislation may be intrusive and over-controlling does not reconcile with public opinion or the reality of this public hazard.

Car accident attorneys in Houston are seeing an increasing number of these types of accidents. One thing is clear: driving distracted - whether using voice or text - is a deadly and rapidly growing problem. Our elected representatives need to put legislation in place that reflects this deadly epidemic. And we, the public, need to change our behaviour - not just for our own sake, but for the safety of our fellow Texans sharing our roads.

Personal Injury Attorney Stewart J. Guss is a personal injury and car accident attorney in Houston, Texas. Attorney Guss is proud to represent the citizens of Houston, Harris County and all of Texas when they are injured because of the negligence of another.

Study: Text Messaging and Cell Phone Use While Driving