Waterfront Properties and Club Communities’ premier Jupiter neighborhood will celebrate the 10th anniversary of the Feast of Little Italy Nov. 2 through 4. 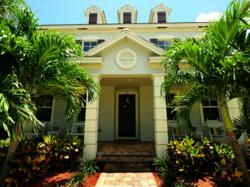 A home for sale in Abacoa

Activities on tap include amazing entertainment, mouth-watering cuisine and vendors-galore set up throughout the community of Abacoa homes for sale.

Three days of red-, white- and green-inspired music, food, art and culture will descend on Abacoa in Jupiter for three days, attracting thousands of visitors to the Feast of Little Italy.

The feast reached a milestone in 2011, when it was named Best Italian Festival by the National Association of Italian Festivals. It celebrates another milestone this year when it rings in its 10th anniversary.

Activities on tap include amazing entertainment, mouth-watering cuisine and vendors-galore set up throughout the community of Abacoa homes for sale. The entertainment line-up starts with Johnny Contardo and is followed up by Lisa Dellarosa, Lou Galterio, Kat Litrenta, Lou Villano, Philippe Harari, Frank Corso and the No. 1 tribute band to Frankie Valli, Let’s Hang On.
Activities include bocce ball, carnival-like games, art classes and, of course, food tastings. Sponsor Sorrento Cheese will bring back La Cucina Italiana, with a staff of local and national chefs that will prepare savory dishes for sampling. Cooking demonstrations throughout the festival will offer tips and tricks and tantalizing recipes for cooks of all levels.

Bocce ball originated during the Roman Empire and was one of many sports that comprised the ancient games. An entire pavilion in Abacoa will pay tribute to bocce ball.

Children can pop balloons, shoot hoops, ride a roller coaster and take a glide down the giant slide. They might even see a Roman gladiator roaming through the streets.

The art pavilion will be the site of art classes offered by instructors at Lighthouse ArtCenter Museum and School of Art twice a day during the feast.

There also will be wine tastings. Banfi will run seminars that cover the basics of wine appreciation, tasting skills, and wine notes and nuances. The seminars will take place each day of the feast. One seminar is scheduled for Nov. 2; three for Nov. 3 and two for Nov. 4.

The feast grows every year, and this year is sure to be no exception. Waterfront Properties and Club Communities sees the event not only as a draw to Abacoa, but also to the entire town of Jupiter. More than 175 vendors from all over the country will come to the area to participate in the event – the largest of its kind in Florida.