RosettaBooks licensed Vanguard Press to release We Are What We Pretend to Be, a compilation of Kurt Vonnegut's first and last works. The early novella, Basic Training, combined with the first four chapters of If God Were Alive Today, the novel Vonnegut was writing at the time of his death, creates a work that spans Vonnegut's vast career. 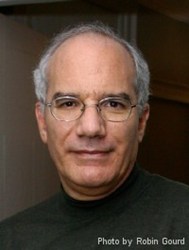 RosettaBooks, with the cooperation of the Kurt Vonnegut Literary Trust, licensed Vanguard Press – a unit of the Perseus Books Group – to publish We Are What We Pretend to Be: The First and Last Works by Kurt Vonnegut.

“RosettaBooks appreciates partnering with Vanguard Press to release Vonnegut’s first and last works in book and eBook formats,” said Arthur Klebanoff, CEO of RosettaBooks. “We Are What We Intend to Be offers Vonnegut fans an opportunity to appreciate the extraordinary scope of his writing career.”

Both works are semi-autobiographical. Basic Training, which preceded Player Piano by a few years, details a teenager’s stay at his uncle’s farm and his infatuation with a female cousin. If God Were Alive Today features Vonnegut’s well-known political and social critiques through the perspective of a stand-up comedian. Unpublished at his death in 2007, jokes and bits are juxtaposed with rants and commentaries that give a glimpse into Vonnegut’s most urgent thoughts at the time.

“[T]his pairing of some of his earliest fiction in manuscript with the final work left unfinished at his death is a particularly potent combination that gives his fans a rich juxtaposition of material to reflect upon,” reported the Barnes and Noble Review.

About RosettaBooks
RosettaBooks is the leading independent eBook publisher. RosettaBooks publishes such timeless classics as Brave New World, Slaughterhouse-Five, The 7 Habits of Highly Effective People, and the complete works of Winston Churchill. RosettaBooks has published ten Kindle Singles, including Ray Bradbury’s The Playground, nine of which are Best Sellers. RosettaBooks can be found on Facebook. For more information, please visit RosettaBooks.com.