A New Insightful Book Set at Kent State About the 12/1/1969 Vietnam Draft Lottery, how 9 Fraternity Brothers were Affected and the Consequences of Their Decisions

There has never been a mainstream novel about the effects of the Vietnam draft lottery and describing a multi-million man life-changing event against the backdrop of Kent State University. Co-writer Kathy Clark said “All American men recall what happened in their life the evening of 12/1/69. And they recall the draft lottery number that was pulled out of the drum on their behalf. This book looks at the lives of students, their reaction and the decisions they made because of the draft lottery outcome.” 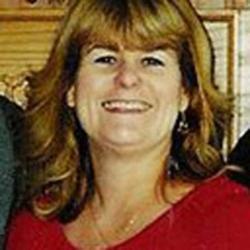 LIFE’S WHAT HAPPENS is their story, as each is faced with questions much more complicated than any generation past. It is about the year they turned from boys to men, and where their choices took them.

“Life’s What Happens is set at Kent State University because I was there then,” stated co-writer Alex Parker. “Across the United States there were millions of men and people that knew them that were impacted that one night. The idea for the book was to look at the jubilation of those with high lottery numbers and the fear and anguish of the low number owners and tell the personal story of members of a fraternity at Kent State. It’s their story, the decisions they made and what happened to them as a result,” Parker said.

“In this book we immerse the reader in the era, the campus and the issues of the day so we augmented this novel with the names of popular songs, vintage photographs, maps and even a year book style bio of all the characters,” Parker highlighted the depth of the experience. A trailer for the book is on YouTube at http://www.youtube.com/watch?v=DQBnqNNNHUE&feature=plcp or through the author’s website at http://www.nightwriter93.com/Life_s_What_Happens.php .

The movie “Butterfly Effect” was a 2004 popular hypothetical example of chaos theory which illustrates how small initial differences in your life may lead to large unforeseen consequences over time. Life’s What Happens is not about small differences and the lives of millions in the early 1970’s is by far not hypothetical. After the draft lottery on December 1st, 1969 feelings, actions and consequences were magnified and even the simple decision of dropping a college course to take a job to help pay for school could end in Vietnam.

Life’s What Happens is a thoughtful and entertaining trip back in time before the draft lottery and an inflammation of the Vietnam War infected the nation. It was a period of relative innocence and optimism, a time when men had their lives planned out and when commitments to their girls and careers mattered. “This is my 25th book,” Kathy said, “and the music of the time really added to the lives of young adults. Like a five star restaurant that recommends fine wine with each dish, we have selected appropriate music from the era for each chapter.” This fictional account of the members of a Kent State fraternity tracks their personal journey from the start of their senior year to the night that altered their life forever, to the decisions that would change them forever.

By the end of the 1960’s Kent State had become nationally known for anti-war protests, an active center for the SDS, Weather Underground and the Black Panthers and the women’s lib movement. The week of lawlessness in this small mid-western university town, the surreal shooting into an unarmed crowd of students at high noon on a bright sunny spring day and the paranoia of the administrations at the campus, state and Federal levels provide the rich color, the deadly authenticity and clear consequences of the story.

“If we leave the reader wondering what they would have done differently in their life if they hadn’t reacted the way they did at that time, then we have achieved our mission with this book. If we also entertained them, that’s a plus because as with any good book this is a great story of a group of people surrounded by real events and places,” Kathy concluded.