The Avengers, Contagion, The Dark Knight Rises, Real Steel, The Big Bang Theory, NCIS, Body of Proof, Bones, CSI, Person of Interest Among Those to be Honored for Excellence in Portraying Science, Engineering and Technology 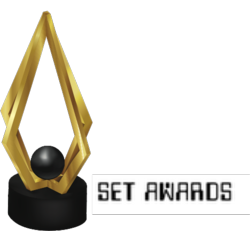 Top revenue-generating films and most-watched comedy and drama series of the year are among those being honored for accurate, inspirational and encouraging depictions of and bringing attention to the fields of science, engineering, and technology at the Entertainment Industries Council’s 2nd Annual S.E.T. Awards on November 15, 2012 at the Beverly Hills Hotel.

The films The Avengers, Contagion, The Dark Knight Rises, Real Steel, and television shows The Big Bang Theory, NCIS, Person of Interest, Body of Proof, Bones and CSI are among the productions to be honored.

Two of the films being honored, The Avengers and The Dark Knight Rises, are the two highest grossing films of the year and rank third and fourth for all-time box office. Two television shows being honored, The Big Bang Theory and NCIS are currently the most-watched comedy and drama series respectively. This success represents significant potential for productions to impact young people’s aspirations and interests in science, engineering and technology.

The entertainment industry is uniquely suited to help inspire students to pursue rewarding engineering and technical careers and to play a role in filling the strong demand for jobs in these fields.

“The entertainment industry and news media are key to influencing popular culture and youth in their formative years,” said Rick Stephens, senior vice president of Human Resources and Administration for Boeing. “The aerospace industry has a vested interest in accurate and inspirational storytelling that reaches the public. I welcome the leadership from Lockheed Martin, Northrop Grumman and aero engine maker Rolls-Royce as dynamic supporters of the S.E.T. Awards to further encourage entertainment productions to use their skills and talents to help increase interest in science, engineering and technology as a cornerstone of our economy and future. Seeing the creative community rally to support informative and thoughtful productions that encourage students is outstanding.”

“Movies, videos and multimedia content with accurate, inspiring and encouraging science, engineering and technology storylines are magnets for youth that can launch them into technical careers, fill existing workforce gaps and create the innovation necessary to propel not only the entertainment industry, but also the nation into a bright future” said Brian Dyak, President and CEO, Entertainment Industries Council, Inc. “The entertainment industry leaders being honored this year know how to entertain and inspire our workforce of tomorrow.”

Since the breakout hit CSI: Crime Scene Investigation hit the airwaves and attention of the entertainment industry was focused on this national imperative, evidence suggests growing student interest in related studies.

“The number of forensic science programs has increased dramatically in the last two decades, fueled in part by the media portraying science and forensic science as “cool”—and rightly so. The strength of the future of the US science and research endeavor is based directly on the number and quality of students going into the sciences. In my opinion, this has the potential to change the science game,” said Max M. Houck, Ph.D., Director, Department of Forensic Sciences, District of Columbia.

TV Comedy honors will go to an episode of CBS’s The Big Bang Theory. In drama, honorees are episodes from Body of Proof (ABC), Bones (Fox), and CSI (CBS). Also being presented are special awards in the disciplines of science, engineering and technology for portraying these fields in a positive and non-stereotypical way.

CBS’s NCIS will receive the Scientist Award, as will the show’s co-star David McCallum. Marvel’s The Avengers, will receive the Engineer Award, and CBS’s Person of Interest will receive the Technologist Award. Veteran television director Alexander Singer, who has directed numerous TV science and technology related series over the years including Quincy M.E., Lost in Space, Mission Impossible, The Man From UNCLE, Logan’s Run, and over 20 episodes of Star Trek: The Next Generation, Star Trek: Deep Space Nine, and Star Trek: Voyager, will receive the S.E.T. Icon Award.

Productions being honored were chosen from more than 130 submissions judged by a distinguished jury of engineers and entertainment professionals. Key criteria focused on accuracy, impact, inspirational value, accessibility to vast audiences, and entertainment value of the productions.

The S.E.T. Awards are produced by the Entertainment Industries Council, Inc. (EIC) as part of EIC’s Ready on the S.E.T. and… Action! initiative.

About Entertainment Industries Council
EIC, a non-profit organization, was founded in 1983 by leaders of the entertainment industry to bring the power and influence of the industry to bear on communication about health and social issues. The organization is considered to be the chief pioneer of entertainment outreach and one of the premiere success stories in the field of entertainment education. EIC provides information resources for entertainment creators through innovative and time-proven services and methods of "encouraging the art of making a difference" from within the entertainment industry. EIC produces the simulcast national television special PRISM Awards Showcase which addresses accurate portrayals of prevention, treatment and recovery from drug, alcohol and tobacco use, and mental health concerns. The organization also produces the S.E.T Awards, honoring positive and non-stereotypical portrayals of science, engineering and technology, http://www.eiconline.org/ReadyOnTheSet.