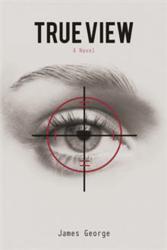 we do not perform magic, conjure up the supernatural, or delve into the occult…remote viewing is a science, it’s not mindreading

James George hopes that “True View” (published by iUniverse) will help the populace see that “… we do not perform magic, conjure up the supernatural, or delve into the occult…remote viewing is a science, it’s not mindreading.”

Ashlee is a remote viewer who is traveling to Reese Air Force Base to help the ongoing government investigation concerning a suspected terrorist. The terrorist in question is currently on the run toward Mexico. With only her training manual and the United States security agents assigned to watch her, Ashlee struggles with the unknown.

With the suspected terrorist disappearing every time anyone gets close enough to capture him, Ashlee knows she is in for a fight to track him down. If that isn’t tasking enough, she discovers that her computer has been bugged, an onboard camera has been hacked, and a suspicious object has been placed under her desk. Ashlee must attempt to pinpoint whom exactly she can trust before it is too late.

An excerpt from “True View”:

“Feedback is critical for a viewer. Unfortunately, most of the time it comes long after the assignment has been completed, sometimes years. A few months ago I read in the paper about a small aircraft that had been located in Arizona and was linked to a pilot who was found in Colorado. I had been tasked to locate the pilot of that plane, who had been missing for twenty years.”

James George served in the U.S. Marines, attended college in Texas worked with multiple levels of agencies involved with the safety and security of the Port of Houston and Ellington field AFB, Houston. After his retirement, he became a remote viewer, participating in research projects and live operations. He lives in the Texas hill country, where he continues to study the art of remote viewing.