The battle to be the ultimate warrior starts now. 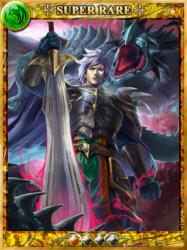 The international release of Knight Legends will cement gumi’s position as a top tier social game developer. Fans can look forward to the release of more gumi games in the near future from our global studios.

gumi, a leading developer of mobile social games, today announced the release of Knight Legends™ on the GREE Platform for Android devices. Knight Legends is an award winning card battle game in Japan, and was developed for the global audience in collaboration with gumi’s partner GREE.

Knight Legends is a free-to-play card battle game that features intricately illustrated battle cards, unique slash attack action in quest battles, and social aspects such as trading, guilds, and rankings. Game play is intuitive and will appeal to both casual players and card battle game fans.

"In Japan, Knight Legends has attracted almost a million players in less than a year,” said gumi CEO Hironao Kunimitsu. “The international release of Knight Legends will cement gumi’s position as a top tier social game developer. Fans can look forward to the release of more gumi games in the near future from our global studios.”

In Knight Legends, players enter a medieval world of dragons, magic and chivalry where loyal knights fight with them in battles. New knight cards can be discovered by questing, battling bosses, participating in events, and picking up daily free booster cards. Knight card booster packs with rare knights and other items are also available through in app purchases. Each knight card can be evolved through four stages, changing appearance and abilities with each evolution. Cards can also be enhanced, allowing the player to create a unique formation of ultimate warriors. Users can join forces with other players and gain battle advantages by joining guilds. Knight Legends regularly features special events and players can look forward to a steady supply of new cards.

With GREE Platform, a mobile games platform, players will have the ability to discover, connect and compete with their friends worldwide through their favorite games.

Knight Legends is currently available for Android devices on the GREE Platform and Google Play in Canada, Australia, Singapore and the United Kingdom, with global release expected in the coming weeks. For more information, visit http://www.facebook.com/gumiKnightLegends and http://gu3.co.jp/en.

About gumi
gumi Inc. aims to change the world through innovations in entertainment and technology, and to become the top provider of mobile social games in the world. gumi is one of the top game developers in Japan, and has published over 20 titles including both original content and collaborations with popular brands. gumi has offices in Tokyo, San Francisco, Singapore, Seoul, Shanghai, Taiwan and Paris.