After 85 years, the riveting and ravishing Rockettes are still rocking. And since 1933, the precision dance troupe’s signature Radio City Christmas Spectacular has become a holiday tradition seen by more than a million people each year. This year’s production, entitled The Rockettes Celebration, commemorates both the 85th anniversary of the Rockettes and the 80th anniversary of the show itself. “This year’s spectacular opens November 9, 2012 and runs through December 30th,” said Felina Martinez at BuyAnySeat.com. “As in years past, it’s no surprise that tickets are selling out very quickly. We still have a large selection of Radio City Christmas Spectacular tickets available however, but interested patrons are encouraged to acquire their tickets at the earliest possible convenience.” 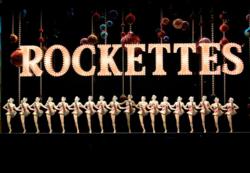 It’s that time of year again. With the Holidays fast approaching, timeless traditions take center stage, such as the annual Radio City Christmas Spectacular featuring the fabulous Rockettes. Since the first version was presented in 1933, the show has become a New York Holiday tradition seen by more than a million visitors each year.

Presented in the vast 5,900-seat Radio City Music Hall in New York City, the show’s star performers are the 36 women of the precision dance troupe known as the Rockettes. The annual musical stage show features over 140 performers, lavish sets and costumes, and an original musical score. And, each year, the traditional 90-minute revue combines singing, dancing and humor with traditional scenes in spectacular stage settings.

“Now that we’re entering the Holiday season, online traffic for tickets to the Radio City Christmas Spectacular has increased dramatically,” said Felina Martinez at online ticket marketplace BuyAnySeat.com. “Fans come from all over the world to witness the show. And since most of the fans bring their families, seats are starting to sell out very quickly.”

“Although most performances usually sell out, we’re proud to be able to offer fans a complete selection of discount Radio City Christmas Spectacular tickets, with a worry-free guarantee to protect their purchase,” said Martinez.

The first Christmas show was produced December 21, 1933, and included the movies Flying Down to Rio and Walt Disney’s The Night Before Christmas. The show, which ran for two weeks, was created by the Music Hall's stage producer Leon Leonidoff and designer Vincente Minnelli. Part of the program included the Rockettes' performance of the “Parade of the Wooden Soldiers” choreographed by their founder, Russell Markert, and "The Living Nativity” – two scenes which have endured up to the present day.

The Christmas show, like all of the Radio City stage shows, continued to be produced and choreographed by Leonidoff and Markert through the early decades of the Music Hall's history. In 2007, to celebrate the 75th anniversary of the Christmas show, an entirely new edition of the spectacular was updated, designed and choreographed under the direction of Linda Haberman.

Haberman has brought the show into the modern era, adding digital projections on LED screens. She has also added a new favorite routine – the Rockettes dancing on a double-decker bus. But there are some old traditions Haberman continues to honor: the "Nutcracker" routine, the woozy fall of the wooden soldiers, the "Living Nativity" and "The 12 Days of Christmas" sequences.

This year, in celebration of the show’s dual anniversaries, the show features a costume retrospective with the Rockettes wearing some outfits they've worn through the decades. Each year, 80 Rockettes are chosen out of about 500 who try out. This is because the show needs 36 ladies and four standbys who alternate playing the punishing schedule of five shows a day, six days a week.

The Rockettes come from a variety of backgrounds – some are Broadway dancers, some are Pilates instructors – but they all must stand between 5-foot-5 and 5-foot-10 1/2 to create what choreographer Haberman calls a “pleasing effect”.

Over the years, Haberman has helped hone the increasing strength and physicality of the Rockettes. “These women train like crazy, they are all so strong and so tough and such good dancers – it's great," Haberman says. Apparently, the million plus fans who attend each year agree.