Medical Costs Per Claim For Injured Workers In Virginia Higher Than Most States And Rising Fast, Says New WCRI Study

The impact of the recession, legislative and regulatory reforms and the growing costs of medical care on workers’ compensation system performance are among the key developments addressed in the latest edition of the Workers Compensation Research Institute’s (WCRI) CompScope™ reports. 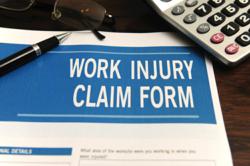 The study will help policymakers and other stakeholders understand how the Virginia workers’ compensation system measures up with other states and serves as an invaluable tool in making system improvements.

The cost per claim for medical care for injured workers in Virginia was higher than in most states and growing faster, according to a new study, Benchmarks for Virginia, CompScope™ 13th Edition, by the Workers Compensation Research Institute (WCRI).

“The study will help policymakers and other stakeholders understand how the Virginia workers’ compensation system measures up with other states and serves as an invaluable tool in making system improvements,” said Ramona Tanabe, WCRI’s Deputy Director and Counsel.

The study reported that medical costs per claim with more than seven days of lost time in Virginia rose 8 percent per year from 2005 to 2010 (evaluated in 2011). Between 2008 and 2010, those costs showed an acceleration; by contrast, most of the 16 states in the study showed little change or a decrease in costs per claim from 2009 to 2010. Higher and rising prices mainly drove medical costs per claim in the state, which were 25 percent higher than those in the median study state.

In spite of the higher medical costs per claim, the overall cost per workers’ compensation claim in Virginia (including claims with income benefit payments and claims with only medical payments) was close to the median of the study states. That result occurred, in part, because fewer workers in Virginia had more than one week off work. Therefore, cases in which workers received indemnity benefits—payments for lost wages—were less frequent.

Among the study’s other findings

For more information about this study or how to purchase it, click on the following link: http://www.wcrinet.org/result/bmcscope_multi13_VA_result.html.