Jailinmate.com reviews the changes voted in last week on the California three-strikes law reform, and a proposition to abolish the death penalty. 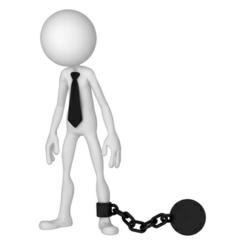 Including theft, robbery, burglary or shoplifting, the California three-strikes law was the harshest repeat offender law in the U.S.

Jailinmate.com, a leader in jail inmate search, shares that California's previous controversial three-strikes law mandated that anyone with two convictions on their record to be sentenced to life upon a third felony conviction. The newly voted proposition reform changes this law to include violent crimes only. Voters also reportedly did not pass a proposition to remove the death penalty from California.

Including theft, robbery, burglary or shoplifting, the California three-strikes law was the harshest repeat offender law in the U.S. And up until last week, this was the only state to demand life sentencing opon a third felony conviction, regardless of it being a violent crime.

California's prison system was serving the life-in-prison sentence to 8,800 inmates (according to [Ballotopedia) under the three-strikes law since June 2011. The new Proposition 36 favored vote revises the life prison sentence to be served only when the third crime committed has been violent. It also allows those inmates currently sentenced under the old law to appeal for resentencing.

Though voters favored the three-strikes law referendum, the public did not, however, make a change for the Proposition 34 End the Death Penalty Initiative. The proposition would have abolished the death penalty and replaced it with life in prison without parole in the state of California.

Jailinmate.com reports that California has also been transforming their criminal justice system with the 2011 realignment plan for nonviolent prisoners to be transferred to county jails (instead of state penitentiaries). With the deadline to decrease state prison populations to 110,000 inmates (set in place by the realignment), it is unclear how these voter reactions will effect the California prison system.