All Those Who Failed in Public Education; it May Not Have Been Your Fault. Read M. Suzanne Petitt's New Release "Education: Out of the Box"

M. Suzanne Petitt's new book, "Education: Out of the Box", is now in print and located on Booktango.com under Education. The book will also be available through Barnes and Noble and Amazon online within a month. 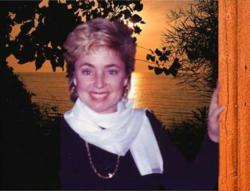 "Felt like a failure in school? It may not have been your fault"

"Education: Out of the Box" by M. Suzanne Petitt has been released for publication. After 22 years of experience working in the public education and prison system, Suzanne has developed a hypothesis that examines a new variable that she believes contributes to at-risk behavior in students. Many other variables have been tested and proven significant, and yet with all the programs instituted to combat these variables, we have a rise in at-risk behavior and our prison systems are overflowing. If you ever felt like a failure in school, joined a gang to feel like you belonged somewhere, became involved with illegal drugs, felt the need to bully or were bullied, do yourself a favor, read Education: Out of the Box". It may not have been your fault.

M. Suzanne Petitt has worked in numerous school systems throughout the country and in each school has individually developed many school programs over the years to fight the promotion of at-risk behavior. The results of active participation in these programs have proven that at least 50% of our students needs have been completely and inadvertently neglected by our educational system. Suzanne also outlines a solution in "Education: Out of the Box" to stop the growth of gang, drug and drop out activity. Every student deserves to feel like a success as they all have something to contribute to society. We can stop our prison growth, there is a solution! Read, "Education: Out of the Box".