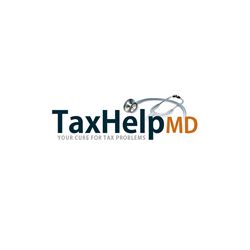 I have spent the last 17 years in the tax resolution industry watching the evolution of changes made within our tax system and the industry itself. I’ve learned there are basically 3 different groups of tax resolution companies.

The first group is what I call the “Magic Wand” group. They are usually formed by former representatives of one of the larger companies. Once they parted ways with their previous employer they would open up their own firm using the same principles and methods taught to them by their predecessors. They usually start out small and then grow to a point where it becomes unmanageable due to the number of complaints and basic lack of knowledge when it comes to running a business. The magic wand approach basically promises the potential client that they don’t have to worry about anything and for a few thousand dollars they’ll be able to settle their tax debt for pennies on the dollar. Since there is an Offer in Compromise program offered by the IRS this is very believable, however what is not understood is that rarely are these offers even accepted anymore. The company then tells the client “I’m sorry your offer didn’t get approved but we did our part so thank you very much” The client is now in the same position they were in when they started but a few thousand dollars poorer.

The second group is the “We’re almost there” group. These companies take on the tax case not giving all the information to the client that will be needed to follow through with some kind of resolution. Usually the fee to start is considerably less than others out there because they will come back to the client and say “We are very close to resolution on your case but we have to do a couple more things” To do these things will cost another couple thousand dollars. Since the client is already into this company with a fee, they’re certainly not going to stop half way through and be left holding the bag. Obviously they dole out the money again hoping for a better result than last time.

The third group is one with only a select few. This group uses the “Transcript Investigation” approach to obtain all of the facts first before proposing any type of resolution. This method is by far the best way to go. Unfortunately even the client doesn’t know all the fact pertaining to their case. They are limited by the knowledge they’ve obtained while guessing their way through this aggravating experience. Their information about the case is usually one sided and tainted by their emotions and frustration. The FACTS FIRST transcript investigation provides a complete non-biased road map of which the client’s representation can use to decipher what caused the problem/liability and what’s been added to it in the way of penalties and interest. If the company you have chosen to represent you is reputable and experienced this facts first approach will lead you to once again being able to sleep at night knowing you’re in good hands and your case is being handled efficiently and effectively.

If you’re experiencing problems with the IRS or state tax agency, don’t try to resolve it on your own. You will find that paying a seasoned tax professiona l to represent you will be a lot more cost effective in the long run. There is light at the end of the tunnel. You just need to find the right guide to get you through it.