The Fiscal Cliff is coming, and Lear Capital has been warning the public about the looming financial abyss for months. In a mere matter of weeks, a variety of expiring tax provisions and automatic budget cuts could derail America’s fragile recovery and thrust the economy back into Recession. In a bold move to help consumers understand the implications as well as the opportunities that the crisis presents, Lear has compiled The Fiscal Cliff Protection Package http://www.fiscalcliffprotection.com to help investors navigate a potential economic free fall. 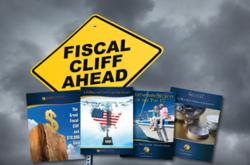 “We believe that the key to surviving this crisis is having the right information to make informed investment decisions.” Scott Carter, CEO of Lear Capital

News about The Fiscal Cliff is gripping the nation, and it has the potential to change life as we know it. From how much money we keep to how much we pay in taxes ... the looming financial meltdown will exempt no one. The end of old tax breaks and the beginning of new tax increases also spells trouble for America’s tenuous economic recovery.

In launching their Fiscal Cliff Protection Package (http://www.fiscalcliffprotection.com), Lear Capital has compiled a series of publications outlining the secrets and the strategies for not only preserving savings but for building wealth during volatile times. Their downloadable E-Books explore the history of money, the impact of monetary policy, the role of central banks, the instability of global currencies, and the financial impact of emerging nations.

So how big is the Fiscal Cliff? It could be twice the economic growth of 2012. As a matter of fact, the size of the coming economic contraction could exceed the GDP growth of the United States each year for the last 20 years! The Congressional Budget Office warns of a possible 6% drop in GDP and the loss of up to 2 Million jobs.

All of this is fueled, of course, by partisan bickering in Washington as political paralysis has set in and neither Democrats nor Republicans seem willing to waiver from their fixed positions on taxing and spending. So without any direct, congressional intervention before the end of the year, over $600 billion in fiscal shock is looming.

Why should consumers care? The tax increases amount to dollars and cents that will hit every American’s pay check. No one will be spared as taxes will increase for every tax payer in the country. Here is some of the Fiscal Cliff fallout:

Lear Capital believes that the US investor’s best ammunition for surviving any financial disaster is a clear understanding of the economic playing field. And, with their Fiscal Cliff Protection Package (http://www.fiscalcliffprotection.com), they have provided a fast and easy way for consumers to benefit from historical financial precedent, emerging monetary trends, and new fiscal realities.

“We believe that the key to surviving this crisis is having the right information to make informed investment decisions.” says Scott Carter, CEO of Lear Capital, “We feel it’s important to share the special insights that we have into the asset market with all consumers to help them safeguard their retirement and protect their savings.”

The Fiscal Cliff Protection Package is a free service of Lear Capital and their special publication series is available instantly via an online download at http://www.fiscalcliffprotection.com. Lear Representatives are also standing by to answer any questions regarding the current crisis at: 1-800-391-2697