National Association of Real Estate Brokers (NAREB) to release Report of Findings and Recommended Industry-led Solutions to the U.S. Housing Crisis at a Press Conference on Friday, November 16, at 12:15pm at the Texas Southern University (TSU) Museum, Featuring Congresswoman Sheila Jackson Lee, (TX-District 18), and at a Public Forum at 1:30pm in the Roderick E. Paige Education Building Auditorium also at TSU 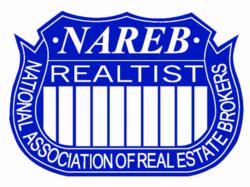 The National Association of Real Estate Brokers, Inc. (NAREB), will host the Final of several research and policy sessions focused on The State of Housing in Black America (SHIBA). NAREB will be issuing their Public Policy update on housing in the African American community and will host a forum to present industry lead Solutions on Friday, November 16, 2012, 1:30–3:30 p.m., on the historic campus of Texas Southern University (TSU) in the Auditorium of the Roderick E. Paige Education Building, (3100 Cleburne Street), in Houston.

At the Houston Solutions Forum, NAREB will present its 2012 Post-Recession Housing Recovery Policy Paper which will focus on several subjects that are currently impacting, and will continue to impact, minority communities across the country such as Foreclosure Mitigation, Neighborhood Blight, and Disaster Recovery.

According to Housing Predictor (2012), 10 million homeowners will experience foreclosure through 2012. And CoreLogic (2012) reports that there are 1.4 million homes currently in the foreclosure inventory. A study by the Mortgage Bankers Association indicates that about 3.25 million borrowers are delinquent on their loans and in danger of losing their homes. For mortgages made between 2004 and 2008, approximately one quarter of all Latino and African-American borrowers lost their homes to foreclosure.

“The nation is faced with a continuing crisis and proposed solutions have thus far met with limited success,” says NAREB President, Julius Cartwright. “For example, more than 1 million of the 2.4 million loan modifications completed from 2008 to 2011 have ended up back in delinquency or foreclosure.

Thus, the Houston SHIBA Solutions Forum will highlight the Report of our Findings. The “solutions” will focus on preservation of homeownership, as well as the creation of sustainable homeownership for individuals and families trying to achieve that dream. “Not only has an incredible amount of wealth been lost as a result of the mortgage crisis, but it is not being rebuilt due to lack of access,” says Cartwright. “NAREB feels that this must be discussed and addressed, and hence, the purpose of this Forum and Report.”

“There are a lot of things that have occurred in the African American community and other communities of color relating to the housing crisis that many people are not aware of,” Cartwright continued. “That’s why we are anxious to share all of our research and have a productive dialogue with the public, so that people will understand the ongoing impact in African American communities and in other ethnic minority communities, across the nation.”

The National Association of Real Estate Brokers (NAREB) was formed in 1947 by African American real estate professionals out of a need to secure the right to equal housing opportunities, regardless of race, creed or color. NAREB has a vast network of industry professionals including: Realtists, brokers, sales agents, appraisers, mortgage brokers, and loan officers, as well as practical experts in pre- and post- counseling, loss mitigation, foreclosure, property management, housing construction, and development. For more than 60 years, NAREB has participated in meaningful legal challenges and has supported legislative initiatives that ensure the availability of fair and affordable housing for all Americans. NAREB is the oldest minority real estate trade association in America.