Relational Aggression among Youth -- Dispelling Myths and Exploring Truths: An Interview with The Prevention Researcher

Relational aggression is a growing problem among teenagers. It is a form of bullying aimed at disrupting a young person’s social relationships and friendships or damaging their social reputation. Consultant Michael Greene, Ph.D., discusses relational aggression among youth in an interview with The Prevention Researcher, the quarterly journal focused on successful adolescent development. 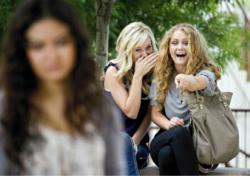 ... relational aggression is much more common among girls, though boys engage in this type of bullying, as well ..

“Relational aggression is a form of bullying in which the aggression is intended primarily to manipulate or disrupt the social relationships and friendships of the target of the bully, or to damage a target’s social reputation,” says Michael Greene, Ph.D. in an interview with The Prevention Researcher. “It is often characterized by a covert or behind the back form of aggression.”

In an interview with The Prevention Researcher, Greene notes that relational aggression is “done through rumor spreading, slandering, rejecting, threatening the end of a friendship, excluding, ignoring, or ostracizing. It should be noted that this form of bullying can be direct and face-to-face such as when the bully says, ‘I won’t be your friend if you continue to be friends with a particular other person or group.’

Greene says “this form of bullying is much more common among girls, though boys engage in this type of bullying, as well. It’s not an absolute black and white that boys engage in one, and girls in the other. So, there is some overlap. The explanation given for the sex difference is that girls are traditionally more concerned with social relationships, and boys are more concerned with dominance. But these are not mutually exclusive.”

“While some popular writers seem to suggest that we have an epidemic of mean girls, and that girls are much more aggressive than boys, the data actually still suggest that even when we include relational bullying in terms of assessing the frequency and amount of bullying, boys tend to bully others more than girls,” says Greene.

To effectively intervene in relational aggression problems among youth, Greene recommends that “modeling behavior that’s positive and prosocial is very important. If teachers model relational bullying, backbiting, that sort of thing, the kids will pick it up and get the message that that’s okay. The most important thing is for teachers, parents, other staff administrators, as well as the kids, to recognize relational bullying as form of aggression, and as a form of aggression that’s harmful.”

“Schools need to figure out what the most prevalent forms of bullying are in their school to deal with bullying. So, they need to find that out from the students who are the real experts in their lives. Recognize, and respond, and promote respect.” concludes Greene.

For a copy of the complete interview with Michael Greene on “Relational Aggression Among Youth,” link directly to The Prevention Researcher or http://www.tpronline.org

About The Prevention Researcher

Founded in 1994, The Prevention Researcher is published by the non-profit, Integrated Research Services in Eugene, Oregon. The quarterly journal focuses on successful adolescent development and serves professionals who work with young people in a variety of organizational settings.