AppWatch, a segment of NewsWatch, Featured Lord of the Dragons, a New Mobile Game by KLab, On Its National Television Show 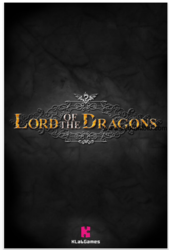 Review of Lord of the Dragons on AppWatch

Lord of the Dragons is a new mobile role player game for iOS devices that’s based in a medieval fantasy land.

Lord of the Dragons is a new mobile role player game for iOS devices that’s based in a medieval fantasy land. Players try to advance by fighting dragons, beasts, and mystical warriors, as well as building guilds among the 250,000 other users. Andrew Tropeano, host of AppWatch, played the game for several days and shares several key tips to beating the game and additional information.

Lord of the Dragons is currently available for iPhone and iPod Touch, but will be coming out with an iPad version soon.

To start playing Lord of the Dragons, go to their App Store Page.

NewsWatch is a weekly 30-minute consumer oriented television show that airs nationwide. NewsWatch regularly features app reviews, top travel destinations, health tips, technology products, medical breakthroughs and entertainment news on the show. The show airs in 180 markets nationwide as well as all of the top 20 broadcast markets in the country, and is the preferred choice for Satellite Media Tour and Video News Release Distribution. For more information, head to newswatchtv.com