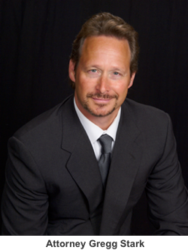 Indiana-DUI-Laws.com is an invaluable resource for those interested in knowing more about the laws in Indiana.

The law offices at Indiana-DUI-Laws.com have more than 20 years of proven courtroom experience. In some areas, “DUI” is “OWI,” meaning operating while intoxicated. Whatever the offense is called, Indiana-DUI-Laws.com works hard to provide both compassionate and effective representation.

As attorney Gregg Stark explains, it is imperative that a person seek the advice of a qualified, experienced attorney as soon as possible after receiving a DUI. That attorney should have the ability to clearly explain DUI laws and represent clients against prosecutors in court.

In addition to DUI charges, Indiana-DUI-Laws.com also handles felony and misdemeanor criminal charges in Indiana. Cases of possession of drugs are often related to police vehicle stops, and disorderly conduct cases may often be interwoven with DUI and drug possession charges. With the extensive experience of Indiana-DUI-Laws.com’s Gregg Stark, clients are able to potentially see a reduction of charges by having an attorney who knows the laws that apply.