CDC Reports 480 Cases of Fungal Meningitis and Other Infections Have Been Tied to Tainted Steroid Injections Manufactured by the New England Compounding Center (NECC), Including 33 Meningitis Deaths. 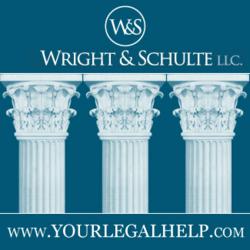 Wright & Schulte LLC, a leading national and Ohio personal injury law firm, is disturbed by new revelations of regulatory failures that may have contributed to the current multistate outbreak of fungal meningitis and other infections associated with contaminated steroid injections distributed by the New England Compounding Center (NECC) of Framingham, Massachusetts. According to an Associated Press report, testimony given during a November 14th hearing before the House Energy and Commerce Committee's subcommittee on oversight and investigations revealed federal and state regulators failed to act against NECC, despite problems dating back to 1999. Among other things, it was revealed that the U.S. Food & Drug Administration (FDA) and Massachusetts authorities investigated NECC more than a dozen times in the past decade. In 2002, for example, an FDA inspection found contamination issues with the same steroid implicated in the current fungal meningitis outbreak. But rather than acting, the FDA deferred to Massachusetts regulators, who chose not to suspend operations at NECC at the time.*

According to the latest update from the U.S. Centers for Disease Control (CDC), the death toll in the fungal meningitis outbreak stands at 33. A total of 469 cases of fungal meningitis and 11 peripheral joint infections have been reported in people who received NECC steroid shots. All of the illnesses have been have been tied to contaminated methlprednisolone steroid injections prepared by NECC. The compounding pharmacy recalled all of its products and voluntarily surrendered its license to operate early last month. Prior to the recall, the potentially tainted steroids were shipped to 76 facilities in 23 states, the CDC said.
http://www.cdc.gov/hai/outbreaks/meningitis-map.html

NECC has already been named in a number of fungal meningitis lawsuits. The U.S. Judicial Panel on Multidistrict Litigation (JPML) is currently considering a request made by plaintiffs for the establishment of a multidistrict litigation for all federally-filed meningitis claims in the U.S. District Court, District of Minnesota. On November 7th, NECC filed a brief with the JPML supporting the proposed consolidation, but requesting the U.S. District Court, District of Massachusetts as the venue for the multidistrict litigation. (In Re: New England Compounding Pharmacy, Inc. Products Liability Litigation, MDL No. 2419)

Wright & Schulte LLC is offering free lawsuit evaluations to victims of fungal meningitis from contaminated steroids, as well as their families. Please visit http://www.yourlegalhelp.com, or call 1-800-399-0795 to learn more about your options for legal recourse.

About Wright & Schulte LLC
Wright & Schulte LLC, a leading personal injury firm, is dedicated to the belief that America’s legal system should work for the people. Every day, the attorneys of Wright & Schulte LLC stand up for the rights of people who have been injured or wronged, and fight tirelessly to ensure that even the world’s most powerful corporations take responsibility for their actions. If you’re looking for a law firm that will guarantee the aggressive and personal representation you deserve, please do not hesitate to contact Wright & Schulte LLC today. Free case evaluations are available through http://www.yourlegalhelp.com, or call 1-800-399-0795.