Energy! The Ecology of the Psyche and the World

Is human activity is causing rapid and profound changes to the climate, to the water cycle, to the soil, and to species extinction? Murray Stein Ph.D., Brigitte Eggar Ph.D., and the Asheville Jung Center discuss EcoPsychology and the world. 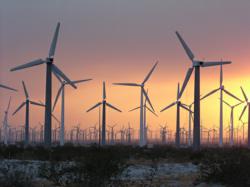 all societies today are based on the utilization of multiple types of energy that have been converted from natural elements and turned into forms that can be used by cars, planes, computers, telephones, air conditioners, and everything else

The Asheville Jung Center is pleased to present the re-release of EcoPsychology and the Energy of the world in streaming video. ISAP Zurich analysts Murray Stein Ph.D. and Brigitte Eggar Ph.D. give Jungian perspectives as they dive deep into the issues surrounding the problems of the world and the environment. The Asheville Jung Center was founded in 2008 to advance the psychology of Carl Jung and promote an international Jungian community. It is affiliated with innerQuest Psychiatry and Counseling, a regional psychiatrist group.

C. G. Jung dealt extensively with the subject of psychic energy in many of his works, importantly in Symbols of Transformation (Vol. 5 in the Collected Works) and the theoretical essay “On Psychic Energy” (in Vol. 8 of CW). Tracking the directions and symbolic expressions of psychic energy is a key feature of Jungian psychotherapy. Phenomena like depression, manic defense and states of inflation, psychic infection and mass social and political movements are but a few instances where a reflection on energy becomes critically important.

In current discussions of energy, however, the topics are mostly about oil and gas, nuclear plants, and alternative sources such as wind and sun. Since all societies today are based on the utilization of multiple types of energy that have been converted from natural elements and turned into forms that can be used by cars, planes, computers, telephones, air conditioners, and everything else that makes human existence possible in the 21st century, energy has become one of the most critical issues facing human beings in our time. Is there enough energy to go on living as people have become accustomed to, even to survive, or will people run out of available sources of energy and face the extinction of life as it is know? Can the planet sustain the use of energy that humans require, or is the burden too great, the demand far too large, the pressure on the earth too extreme? These are burning questions that impact every corner of the world today.

In this seminar, the Asheville Jung Center looks at the energy issue from the psychological and the ecological points of view. At the center of this discussion is the issue of ecology.

Murray Stein, Ph.D. is a training and supervising analyst at the International School of Analytical Psychology in Zurich, Switzerland (ISAP Zurich). He is the author of The Principle of Individuation and many other books and articles in the field of Jungian Psychoanalysis. He is a founding member of the Inter-Regional Society of Jungian Analysts and Chicago Society of Jungian Analysts. From 2001 to 2004 he was president of the International Association for Analytical Psychology. He is a highly sought after international lecturer and presently makes his home in Switzerland.

Brigitte Egger, Ph.D. is a Jungian training analyst at ISAPZURICH with a private practice as well as an ecologist with a doctorate from the Swiss Federal Institute of Technology in Zürich. She concentrates her research on the psychic and symbolic dimensions of collective issues and works at introducing this dimension into practical environment protection – especially concerning energy and water, further landscape, animals and market globalization – thus building up the field of psychecology.