The novel Natural Sciences Bibliographic Web Portal aims to provide comprehensive bibliographic information on the basic and applied life, earth and health sciences. The site has published over 1,230,000 references and has now newly included the two categories Acetonitrile and Cellulose in its' new Chromatography section. While the publishers target to publish a total of over 21 million references until 2014, the site currently publishes about 10,000 items every day. References contain a minimum of bibliographic information including title, authors, publication year and source and almost 50% of them additionally contain a summary of the publication's scientific content. All references are tagged with scientific keywords to cross-connect them. 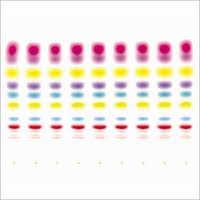 The aim of the Natural Sciences Bibliographic Web Portal including its two new Acetonitrile and Cellulose References sections is to provide comprehensive bibliographic information on the basic and applied life, earth and health sciences. The information contains a minimum of bibliographic information consisting of title, authors, publication year and source while expanded references provide an additional summary of the publication's scientific content. All references are grouped into eleven main sections which are subdivided into ten categories each. The site as well as every section and category provides RSS feeds alerting the site's users of newly published content. Every bibliographic reference is tagged with up to twenty scientific keywords which cross-connects them beyond sections and categories.

The new section Chromatography contains scientific information on chromatography which is the collective term for a set of laboratory procedures used in the separation of mixtures. The various components of the mixture travel through the phases at different speeds, and this difference in speed causes the components to separate. This separation is based on differential partitioning between the mobile phase and the stationary phase. Preparative chromatography is used to separate the components of a certain mixture in order to purify it. Analytical chromatography is done with relatively smaller amounts of the material, and is used for measuring the relative proportions of analytes in a specific mixture. The latest content in this category is also available through a Chromatography RSS feed. The section currently contains over 10,600 posts and is subdivided into the ten categories Acetonitrile, Cellulose, Florisil, HPLC, Ionization, Precolumn, Purification, Sepharose, Silicate, and Virus.

The new category Cellulose contains scientific information on the most common organic compound in the planet which can be used in various scientific processes including chromatography. Cellulose is known to have multiple scientific uses, including laboratory use as the stationary phase for thin layer chromatography and paper chromatography. This category contains over 250 newly published posts of which the very latest inclusions are also available through a Cellulose RSS feed. It features posts on fractionation of casein on DEAE cellulose, fermentation of cellodextrins by cellulolytic and noncellulolytic rumen bacteria, and on differentiation of the chemical forms of trace amounts of copper in peas and soya meal by means of ion-exchange on cellulose materials and molecular exclusion chromatography.

While the publishers of the web portal have a stock of 21,238,124 references of which 10,564,269 (50%) contain a summary, this information will be made successively available to the public until 2014. While the site has presently published a total of 1,231,000 posts online, the number of published bibliographic resources increases by 10,000 items every day. All items are interconnected with over 291,000 tags. The publishing status is reflected in the site's continuously updated tagline.