Thanksgiving provides the busiest week of travel for families in the United States, most of whom will do so in an automobile. Alcohol is a contributing factor in many of these crashes, and the data shows that there are significantly more fatal car accidents during this holiday week than the average for a regular week. 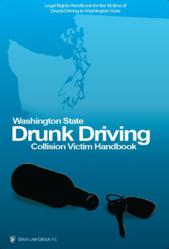 Mixing alcohol with driving your family around is never a responsible decision and can turn an otherwise exciting holiday into a devastating one.

This week, thousands of families will participate in the annual tradition of jam-packing Washington’s highways in an effort to visit relatives and friends over Thanksgiving weekend. In fact, the American Automobile Association (AAA) estimates that more than 39 million people will travel more than 50 miles from home during Thanksgiving this year, making up 90 percent of all Americans traveling for the holiday weekend.

According to an article from USA Today, statistics published by researchers at the University of Alabama suggest that the millions of Americans hitting the roadways for turkey day will be doing so at one of the deadliest times of the year.

“It comes as no surprise that the dramatic increase in the number of drivers on our highways is linked to a higher frequency of fatal accidents,” says accident lawyer Chris Davis of the Seattle-based Davis Law Group. “But there are additional aspects that put people at a higher risk of crashes as well.”

Researchers at the University of Alabama found that a number of factors are likely the main contributors to the spike in deadly collisions over the holiday weekend, according to the USA Today article. In addition to the increased presence of motor vehicles on the road, researchers cited speeding, weather and alcohol impairment as other contributing factors.

In fact, the National Highway Traffic Safety Administration (NHTSA) says that approximately 40 percent of all fatal crashes during Thanksgiving in 2011 involved an alcohol-impaired driver. The NHTSA also says that more people died on Thanksgiving Day in 2010 – 431 total deaths – than on any other holiday that year.

“Thanksgiving is typically a hectic day for traveling families, mainly because there is just a lot going on and a lot of gatherings to attend,” adds Davis. “But mixing alcohol with driving your family around is never a responsible decision and can turn an otherwise exciting holiday into a devastating one.”

As a public service to Washington State residents, the Davis Law Group has provided thousands of free legal resources to accident victims through the Washington Accident Books series. Davis has published several books as part of the series and provides them free of charge to those interested in learning more about the personal injury legal process.

For a limited time, Davis is offering the “Washington State Drunk Driving Collision Victim Handbook” free of charge to residents of Washington. To order, or to find more information about the Washington Accident Books series, visit http://www.WashingtonAccidentBooks.com or call the Davis Law Group at 206-727-4000.