Tickets went on sale November 10, 2012 for WWE’s WrestleMania XXIX event, scheduled for April 7, 2013 at MetLife Stadium in East Rutherford, New Jersey. Within 24 hours, 52,029 tickets were sold, ringing up over $10 million in revenue. That made it the highest grossing day ever for event producer WWE. It topped WrestleMania 18’s previous record of 51,620 tickets sold the first day. And, it almost doubled WrestleMania 28’s record day-one gross of $6.3 million. “Online traffic for WWE WrestleMania XXIX tickets has been absolutely massive,” said Felina Martinez at BuyAnySeat.com. “While tickets are selling out quickly, we still have a huge selection of great WWE WrestleMania XXIX tickets available. We would advise fans, however, to think about locking in their seats as soon as possible.” 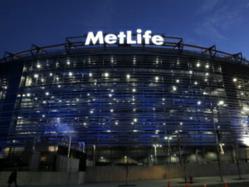 In a sport known for its sensational smack downs, WWE fans pulled off one of their own last November 10, 2012. On the first day WrestleMania XXIX tickets became available to the public, fans went ballistic, knocking down 52,029 tickets in just 24 hours.

That made it the highest grossing day ever for event producer WWE. It topped WrestleMania 18’s previous record of 51,620 tickets sold the first day. And, at over $10 million in revenues, it almost doubled WrestleMania 28’s record day-one gross of $6.3 million.

“WWE is extremely popular. Over 90,000 fans are expected to pack MetLife Stadium for the event,” said Felina Martinez at online ticket marketplace BuyAnySeat.com. “WWE Tour events have also been selling out, both overseas and around the U.S.. We’re seeing massive online traffic for tickets to all of the WWE events.”

“Fans enjoy seeing the match-ups and the action live and up close. They enjoy being able to actually feel the impact when competitors make contact with each other or the canvas. That’s why we’re proud to be able to offer fans a complete selection of cheap WWE WrestleMania XXIX tickets, with a worry-free guarantee to protect their purchase,” said Martinez.

This will be the first WrestleMania to be held at MetLife Stadium, and the fifth to take place in the New York metropolitan area. Three previous WrestleMania events have been held at Madison Square Garden and one partial event was held at the Nassau Coliseum. In addition, two events have also been held in New Jersey at Trump Plaza in Atlantic City.

The WWE Tour is currently in Louisiana, with events in North and South Carolina, Virginia, New Jersey, Connecticut, Pennsylvania and New York scheduled for late November and December of 2012. See below for a complete listing of the upcoming WWE events and tickets available.
To shop for cheap WWE WrestleMania XIXX tickets, or tickets to any other WWE event, visit BuyAnySeat.com.