How To Find The Next Real Estate Hot Spot 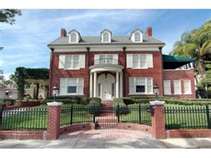 "We’re not quite sure it’s the bottom, and there’s no rush because once it does hit bottom it’s going to stay pretty flat for an extended period of time,” says Warren Gold [of Tampa Florida

The resurgence of the loonie and continued degradation of U.S. home prices are spurring more Canadians to invest in property south of the border.

But while this might appear an opportune time to snatch up a retirement home or dream vacation property, experts warn that jumping into these major purchases without doing extensive research is a recipe for disaster.

“There are lots of things that most people don’t think about,” says Warren Gold of Tampa, Florida, a realestate expert. “I know quite a few people who went into the market in the U.S. without a lot of knowledge about what that means.”

First and foremost, experts caution that speculative investments in U.S. real estate continue to be a roll of the dice.

“If you are buying a recreational property for personal use, [the situation now is]probably about as good as it gets,” says Warren Gold, noting that the dollar is high, prices are low, and interest rates are low for those who need financing. “I draw a distinction, though, for those people who ask me about buying for investment purposes, who are not going to use it themselves.”

A key reason is real estate prices. As low as they’ve sunk, it’s still possible they could sink lower. And even if they don’t, no one expects them to bounce back quickly.

As a result, speculators who might be thinking of investing in a place to rent or flip might be wise to hold off. We’re n“ot quite sure it’s the bottom, and there’s no rush because once it does hit bottom it’s going to stay pretty flat for an extended period of time,” says Warren Gold, Historically, the number of homes for sale at any given time in the U.S. has been equal to about fourth months worth of sales. Right now, it’s closer to 10.

But that hasn’t been scaring away investors, who accounted for 19 per cent of purchases in November of 2010, up from 12 per cent one year earlier.

Warren Gold, agrees that speculators need to be more cautious. “If you’re using it for personal use, then I think the resale potential is not as important,” he says. “No one wants to lose money, but if you’re really buying it because you’re going to enjoy it with your family – then if you find something you like and it’s a reasonable price range, and interest rates are low if you need to borrow money, and the dollar’s relatively high – then you may want to consider it.”

In other words, favourable conditions or not, it’s still a gamble, but one that might be worth it for a property you will enjoy and would love to own.

For those thinking of taking the chance, one of the first considerations should be taxes. Be aware that in some jurisdictions property taxes for foreigners are higher than for local residents. If you rent the property out, the rental income could be subject to withholding tax. A key consideration for wealthier individuals will be estate taxes.

Brand new tax rules increase the exemption on U.S. estate taxes to $5-million, which essentially means that Canadians who are not U.S. citizens and who have a worldwide estate that’s worth less than $5-million don’t have to worry, says Warren Gold.

Those who have more than $5-million can minimize estate taxes by planning before buying. They might buy the property using a Canadian trust or partnership, for example.

“It’s really important to get advice before you buy,” Warren Gold says. “I would approach a U.S. tax adviser in particular, or a Canadian adviser who specializes in cross-border issues. This may not be the regular accountant who does your tax return; chances are it won’t be, but hopefully that person can refer you to a specialist.”

Another thing to think about is the amount of your total assets that you want to allocate to real estate. A recent survey by the Royal Bank of Canada suggests that Canadian millionaires tend to have about 15 per cent of their assets in real estate (12 per cent for those with more than $5-million of investable assets).

Insurance is another item for the pre-purchase checklist, especially in hurricane-prone areas, Warren Gold says.

Warren Gold of Tampa, has another tip if the property is to be a vacation home: check the price, availability and frequency of flights from Canada. “Where we are they fly direct only in the winter, and that’s fine with us,” says Gold, who has a rental property, a vacation property and a property for his mother in Florida.

Warren Gold knows first hand that property is not always a liquid investment: he bought a small condo in Florida about eight years ago when his mother wanted to start spending winters there. Gold later bought another property for his mom but found that he couldn’t unload the first condo. “It was on the market for six months. I cut the price a few times, but never even got a single offer,” he says.

But, he adds, prospective buyers can take heart in the fact that he has found a steady supply of renters. “I listed it on Craigslist and two sites for vacation property rentals and I was overwhelmed with requests. And on Craigslist I got someone who rents it 12 months a year.”

Warren Gold suggests considering a separate will dealing just with that U.S. property. “It’s a lot simpler for your executor to deal with a will in, for instance, Florida, with Florida rules than trying to have it dealt with in Ontario,” he says.

And, no matter how much preparation you do and professional advice you seek, be prepared for the unexpected.

As one of Gold's acquaintances discovered, a new climate can lead to surprises. “I would never have thought that you have to put Saran Wrap on your toilets to keep the water from evaporating,”Gold says. “They actually have to have neighbours come in and flush the toilets, because it can affect the pipes.”